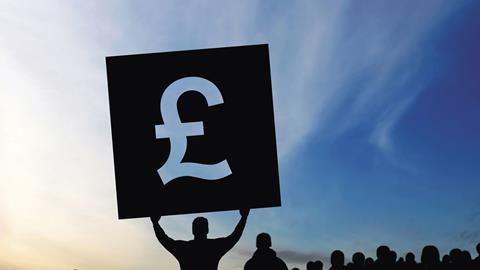 Could crowdfunding become a viable means of financing commercial litigation?

Crowdfunding is an online platform that allows individuals, companies or organisations to pitch an idea requiring investment. Members of the public browsing the crowdfunding websites can read the pitches and contribute money towards an idea that they like. Contributions can often be as little as £10, and can buy you anything from shares in a start-up business or a mini-bond, to a non-financial reward such as a copy of a band’s album (which you have helped to fund). For each idea, there is a target figure for investment and the contributions will only be collected once that figure is reached.

The UK legal sector has seen a steady increase in third-party funding over the last few years. A number of factors have contributed towards this increase including the following: the ‘Arkin cap’ established in the case of Arkin v Borchard Lines Ltd and others [2005] EWCA Civ 655, which limited a third-party funder’s costs liability to the level of its contribution; support for third-party funding from the judiciary, particularly from Lord Justice Jackson; demand from lawyers and clients for alternative means of funding commercial cases; and lucrative returns available to third-party funders.

Across the Atlantic, November 2014 saw the launch of LexShares, a crowdfunding platform offering investors the chance to invest in commercial cases in the US. LexShares allows claimants or their attorneys to apply to have cases posted on the site. Each case is assessed and, provided it meets certain criteria (for example, good prospects of success and reputable legal team in place), it will be posted on LexShares. Investors who are registered with LexShares can then choose to invest in the case for a return which could be a flat fee, a multiple of the amount advanced, or a percentage of damages.

On the face of it, a logical structure for crowdfunding litigation would see investors buying shares in a company (a special purpose vehicle). The money paid by investors for shares would be used to fund the litigation under a third-party funding agreement between the SPV, the litigant and the legal team. The SPV’s articles of association would govern the returns paid to the investors.

In March 2014, after carrying out a consultation, the Financial Conduct Authority published a policy statement setting out its approach to crowdfunding, and a set of rules that would be implemented from 1 April 2014. The possibility of crowdfunding litigation was not specifically considered by the FCA; instead, its focus was on loan-based crowdfunding (that is, peer-to-peer lending) and investment-based crowdfunding, where consumers buy investments such as debt securities or shares (often in start-up companies).

Crowdfunding litigation does not fit easily into the two types of crowdfunding looked at by the FCA. On a basic level, it is similar to a peer-to-peer loan, in that litigation finance is a loan provided in expectation of it being paid back, with an additional return paid on top. But a fundamental difference is the underlying risk of the investment. In respect of a peer-to-peer loan, the risk is the credit risk of the borrower (who will have been through a creditworthiness check), but with litigation, it is the prospect of both winning the case and recovering the damages, which in many commercial cases requires complex legal analysis to ascertain.

The complexity of the underlying risk for crowdfunding litigation is more comparable with that of investment-based crowdfunding, where investors need an understanding of the business and its prospects. The FCA’s approach with investment-based crowdfunding has been to put in place safeguards that aim to ensure that investors are aware of the risks involved. FCA rules require that investors must be sophisticated or high-net-worth, have received advice, or be investing no more than 10% of their net assets (excluding homes and pensions).

Where investors have not been advised, they will have to take an ‘appropriateness test’ to ensure they have the knowledge or experience to understand the risks involved.

If crowdfunding of litigation became a reality in the UK, it is highly likely that the FCA would ensure it was appropriately regulated by focusing on ensuring that investors understood the risks, and ensuring capital adequacy (more on this below).

The UK’s third-party funding market is currently not subject to external regulation. But the Association of Litigation Funders (ALF) published a code of conduct in November 2011 (as amended in January 2014) which sets out the standards of best practice and behaviour for third-party funders. The code is a form of self-regulation and only applies to subscribing members of the ALF, which include the major third-party funders operating in the UK. Its provisions include:

The capital adequacy requirement could be particularly problematic for a crowdfunding platform looking to enter the third-party funding market. Of course, it is not necessary for a crowdfunding platform to subscribe to the ALF, but there may be a reluctance on the part of solicitors to advise clients to enter a funding agreement with a funder not signed up to its code of conduct.

To attract investors to fund litigation, information will need to be provided about the case and its prospects. There is clearly a risk that information communicated to third parties in this context will not attract litigation privilege, particularly given the large number of potential investors who could have access to an online platform. This risk could be mitigated by: providing only a limited amount of information, which would not be detrimental to a case if privilege were deemed to be waived in relation to it; clearly marking the information as confidential and privileged; and requiring potential investors to sign non-disclosure agreements.

It may be that the most effective approach would be to put in place a two-tiered system of information provision, with tier one providing headline details of the claim (for instance, the nature of the claim, quantum, funds required to be raised and the minimum contribution requirement). If investors are interested in funding the claim, they will then need to sign non-disclosure agreements (as well as being run through a conflict check) before being provided with more detailed information (tier two), which may include details of the parties, factual and legal analysis, percentage chance of success and risk factors.

The Arkin case established that a third-party funder’s costs liability could not exceed the level of its contribution. Nonetheless a costs liability can arise requiring a third-party funder to pay money towards a costs order (including for indemnity costs). In a piece of litigation that has been crowdfunded, there is the question of how a costs order could be enforced against the investors – of which there may be a significant number. There may be a couple of ways to deal with this problem:

The risk of adverse costs further emphasises the importance of potential investors being fully informed of the risks of litigation; investors could not only lose their investment, but also incur a liability under an adverse costs order.

It is inherent in commercial litigation that costs can be unpredictable and can suddenly increase as unforeseen events or problems arise which are outside the parties’ control. This is all the more likely in circumstances where the opponent is likely to be aware of, and in a position to exploit, the funding limitations.

In such circumstances, and where a fixed target of funds for legal fees has been reached, it creates the issue of how the additional costs will be funded; investors may be willing to put further funds towards a claim, but it would be understandable if they were reluctant to do so. The upshot is that it would be very risky to proceed with a crowdfunded claim without a contingency funding plan in place (for example a solicitor’s conditional fee agreement) that would kick in should the initial funds be exhausted.

Historically, the main barriers to third-party funding of litigation have been the doctrines of maintenance and champerty. But their scope has been narrowed and it is clearly established that properly structured litigation funding does not infringe the rules against maintenance and champerty. The critical point here is that the third-party funder should not control the litigation and this should be reflected in the contractual agreements.

The two main obstacles to crowdfunding commercial litigation are regulation and costs. In respect of regulation, it is highly likely that the FCA would rightly want safeguards to ensure that investors are fully informed of the risks of their investment, and it is likely to require the following information to be provided to potential investors: a full explanation of adverse costs risks; sufficient details of the case; and prospects of success and factors that may affect the prospects.

Given the often complex nature of commercial cases, it may be hard to ensure that investors fully understand the risks. And there is the overarching concern that information on a case provided to potential investors would not be privileged, or could otherwise fall into the opponent’s hands.

The issue of costs includes the risk to the investors that they will incur a liability under an adverse costs order, and the question of how a case is to be funded should the funds raised be depleted. In order to mitigate costs risks, suitable cases for crowdfunding would need the following characteristics:

In addition, crowdfunded cases should also have:

If crowdfunding does have a place in the third-party funding market, what is clear is that it will only be suitable for a very limited number of commercial cases with good prospects of success, straightforward issues and a clear budget. Given these characteristics, it would be surprising if more conventional funding arrangements such as CFAs and/or conventional third-party funding were not available.

The safeguards that would be needed before investors could fund a claim would go some way to diminishing one of the main advantages of using crowdfunding to raise finance – which is the ease with which a borrower can contact hundreds and even thousands of people through online platforms, and for those people to provide finance in a matter of minutes.

Given the current healthy state of the third-party funding market, it is hard to see a place for crowdfunding in commercial litigation at present. If this market does develop, then it may give rise to further reflection on the role of third-party funding in the justice system. Ethical constraints imposed by the doctrines of maintenance and champerty have been narrowed, allowing for an increase in third-party funding.

There may be some discomfort in this being extended to platforms which publicly promote litigation as a form of investment, given the negative impact it may have on the public’s perception of the justice process.