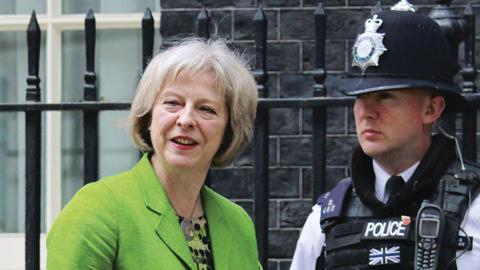 Section 10 of the Serious Crime Act (the act) amends section 35 of the Proceeds of Crime Act (POCA) with substantially increased default terms. The new regime is greatly simplified with four bands of sentences replacing the 12-tiered sliding scale previously in place. In general, the changes result in a significant ratcheting up of the available sentences:

The home secretary (pictured) can increase or vary these sentences ‘by order’ with no need to go back to parliament. Furthermore, high-value offenders subject to confiscation orders in excess of £10,000,000 are no longer eligible for automatic early release – so 14 years means 14 years for these high-value orders.

Whether these new bands will have the desired effect remains to be seen. The £999,999 order in the above example merits a seven-year nominal sentence, that is to say 3.5 years of time ‘inside’. It is moot whether the one-year increase from 2.5 years would materially affect the likelihood of payment.

Much of the complexity around realising assets at the enforcement stage is caused by the determination of third-party interests in the offender’s property, for instance a spouse’s equitable interest in the marital home. Under the previous regime, third parties do not even have locus to appear and argue for their rights. Section 1 of the act inserts a new section 10A into POCA that allows the court to determine third-party interests at the time of making the confiscation order, ‘if it thinks it appropriate to do so’.

Those with third-party interests in realisable property are able to ask the Crown court to determine their claims at the time of making the order. According to the explanatory notes, it is envisaged that most claims will still be dealt with at the time of any receivership application as part of the enforcement stage. This is the point at which a third-party interest is generally crystallised. However, where such a determination is made at the time of the making of the order, it will be binding on the later court.

Section 2 of the act amends section 16 of POCA to ensure that information about third-party interests is set out in the prosecutor’s statement.

The court is given a new power to order any third party who may have an interest in the defendant’s property to provide any information it needs. Inferences can be drawn from a failure to co-operate. Any information given will not be admissible in criminalproceedings.

Restrictions on time to pay

POCA is amended to reflect a commitment in the government’s Serious and Organised Crime Strategy to strengthen the act by ‘significantly reducing the time that the courts can give offenders to pay confiscation orders’. Section 5 of the act substitutes section 11 of POCA to provide that, by default, confiscation orders must be payable immediately.

An extension of time to pay is only granted when the court is satisfied that the offender is unable to pay the full amount due on the day the order was made and if more time is required to realise funds from a specific asset, for example the sale of a vehicle or house. The maximum time allowed is reduced from 12 months to six months. The offender must show that he is unable to pay the amount required within the specified period ‘despite having made all reasonable efforts’. The ‘exceptional circumstances’ test no longer applies.

The court can order staged payments and the maximum period of grace where interest is not payable after an order is made is reduced from 12 months to six months.

Important new changes which, in theory, enable the authorities to freeze assets more quickly and earlier in investigations have been introduced. The new rules address the criticism that under POCA the bar for obtaining a restraining order early in an investigation was too high.

The test of ‘reasonable cause to believe’ under section 40(2) of POCA had the effect of delaying applications for restraint until a suspect was ready to be charged. Section 11 of the act amends section 40 of POCA to substitute the threshold of ‘reasonable grounds for suspecting’. This is the same as applies for the arrest of a person under section 24 of the Police and Criminal Evidence Act 1984. A test based on suspicion is more easily satisfied than one based on belief.

Section 41 of POCA is amended so that a court can discharge the order if a decision to charge a suspect is not made within a reasonable time. Reporting restrictions can also be imposed at the time of making the restraint order. Restraint orders can be maintained in the event of a retrial.

Section 37 amends section 338 of POCA to ensure that ‘where an authorised disclosure is made in good faith, no civil liability arises in respect of the disclosure on the part of the person by or on whose behalf it is made’. The effect is to make it clear that provided only that the maker is acting in good faith, persons who make disclosures to relevant authorities are protected from civil liability for doing so. This ensures that the UK complies with the obligation to this effect under the third money laundering directive.

An organised crime group is one consisting of three or more persons who act together to further the purpose of carrying on criminal activities. A person can be guilty of the offence if they know that they are participating in the activities or merely reasonably suspect this to be the case.

The new offence can be used to target those who head a criminal organisation and who plan, co-ordinate and manage, but do not always directly participate in the commission of particular final criminal acts – though generally speaking a conspiracy charge would be more apposite.

It also allows the authorities to target other members of the group and associates who participate in activities such as the provision of materials, services, infrastructure and information that contribute to the overall criminal capacity and capability of the organised crime group, but do not take part in particular offences.

Roger Sahota is a consultant at Hodge Jones & Allen, and Nicholas Yeo a barrister at 3 Raymond Buildings. A more detailed analysis of the new SCA financial crime measures can be found at their blog Fraud Focus