Sexual misconduct: SRA must be consistent

On 23 May the Solicitors Regulation Authority published its response and final position following its consultation on financial penalties. Most of the press coverage of the response has focused on the SRA’s decision to increase its internal fining powers from £2,000 to £25,000, a change enthusiastically approved by the government. 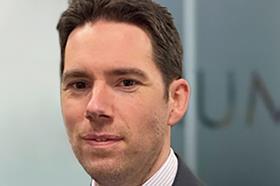 However, there has been comparatively less attention given to the SRA’s decision to update its sanctions guidance to make clear that, unless exceptional circumstances apply, individuals should be suspended or struck off for acts of sexual misconduct, discrimination and harassment. Up to this point, most respondents found to have committed acts of sexual misconduct have received fines.

The relative lack of press coverage of this issue may be attributable to the fact that, unlike the internal fining powers increase, the change in sanctions guidance does not appear to be unpopular or controversial, particularly in relation to sexual misconduct.  The Junior Lawyers Division, whose members often bear the brunt of such misconduct, was particularly supportive when responding to the consultation, as were the focus groups taking part. Furthermore, other regulators have already taken similar steps. In January 2022, the Bar Tribunal and Adjudication Service updated its sanctions guidance to make clear that, when considering sanctions for those committing acts of sexual misconduct, discrimination, harassment and bullying, the starting point should be a suspension of 12 months.

However, while there appears to be a broad consensus that sanctions should be severe in order to act as a credible deterrent in cases of sexual misconduct, the extent to which the SRA’s jurisdiction should extend to conduct outside the office remains a controversial area. At present, the High Court’s decision in Beckwith makes clear that a finding of a lack of integrity must be founded upon a breach of a relevant rule in the Code of Conduct. The relevant rule in that case being the requirement not to take unfair advantage of others. The SRA’s recent proposed introduction of a rule requiring individuals to treat colleagues fairly, which it has stated should also apply outside the office, has been seen by some as an attempt to extend its jurisdiction in sexual misconduct cases in order to get around the limitations of Beckwith. Now that the stakes have been raised, with acts of sexual misconduct being potentially career-ending from a regulatory perspective, it will be increasingly important that the SRA thinks carefully about the type of cases in which its jurisdiction is engaged.

The tougher stance in relation to individuals follows on from the SRA’s recent guidance on workplace environments. This emphasises that it will take action against firms where (among other things) there have been abuses of authority by senior staff, a failure to adequately deal with complaints of discrimination, victimisation or harassment, or a failure to cultivate a ‘speak up’ culture in which individuals feel able to raise concerns.  When incidents do occur, firms will be keen to try and demonstrate that they had taken steps to stop such conduct from occurring in the first place, and that incidents are reported and dealt with properly.

Recent statistics could suggest that individuals/firms are getting the message. In its recent Upholding Professional Standards Report for 2020/21, the SRA stated it had received 34 reports of sexual misconduct, a substantial fall on previous years. However, it is not yet clear whether these figures are indicative of improved workplace culture, or whether these are anomalous figures attributable to lockdowns and the lack of interaction both inside and outside the office. Time will tell whether the number of reports of sexual misconduct will increase as society begins to open up again, with in-person networking/socialising approaching pre-pandemic levels.

To maintain the support of the profession, it is vital that the SRA applies its powers consistently. The SRA has recently published two regulatory settlement agreements with solicitors/trainee solicitors in circumstances that could, conceivably, have attracted greater sanctions. The first involved a partner who received a rebuke for putting his arm around a trainee in a strip club, with the settlement agreement recording that the partner’s conduct was not sexually motivated. The second involved a trainee who had attended a Christmas event and told a colleague he had put a date rape drug in her drink and went on to touch colleagues inappropriately. He was fined £2,000, with the SRA noting that the conduct was self-reported, that the trainee had cooperated fully with the investigation and had made appropriate admissions. While both decisions can be explained on their facts, to a casual observer they may appear to be inconsistent with the SRA’s strong messaging on this issue.

The SRA has stated that it is aiming to publish guidance in relation to sexual misconduct cases later this summer. One hopes this will be of assistance to the profession in clarifying the circumstances in which the toughest sanctions should be applied.

Andrew Pavlovic is a regulatory and professional discipline partner at CM Murray LLP, London. This is the first in a series of articles from CM Murray on the trending issues in law firm practice and management