Diversity and inclusion are central to the values of Gatehouse Chambers. The Gatehouse Chambers Charter has been adopted by chambers as a whole to drive our collective and individual growth and development. It provides for the practical application of an intersectional approach to inclusion in a professional context. 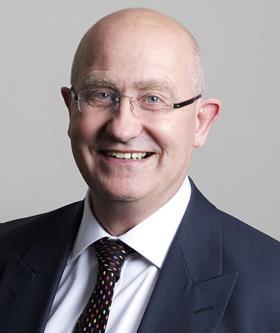 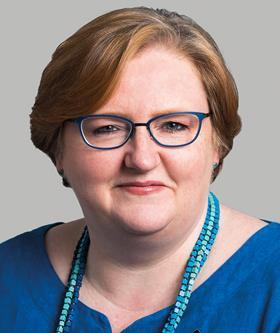 The focus on D&I from market leaders on the solicitors’ side of the profession has a longer track record and is much better resourced than at the bar. The BSB report Income at the Bar – by Gender and Ethnicity was published last November. It was the first attempt to document the intersectional impact of race and gender on the bar. Yet ‘intersectionality’ does not appear in the report. Nearly 30 years after Columbia Law School professor Kimberlé Crenshaw coined the term, one barely hears it mentioned among those at the bar. More importantly, the profession, which sees itself as a ‘meritocracy’, has not yet questioned whether that ‘meritocracy’ is objective, evidence-based and undistorted by the various barriers that exist for many.

An understanding of how such barriers operate to deter, undermine, drain, divert, distract, exhaust and stifle talent is not widespread. The need to ‘look like a barrister’ and adapt to ‘fit in’ still feature as advice to aspiring barristers. Those that by accident of birth naturally fit and fulfil that description continue to be recruited, and, more importantly, progress and be retained, in disproportionately high numbers.

Bar diversity is important for society given the bar’s role in the rule of law and access to justice. For chambers who want the best barristers with the most rounded life experience, diversity is also important for chambers. As diversity at the bar slowly improves, purely civil and commercial sets lag behind. Those of us who lead such sets must challenge ourselves – why? Are we all elitist, racist, misogynist homophobes? Of course not. But for too long we have failed to acknowledge underrepresented groups (which therefore remain underrepresented) or that it is for us to do something about it.

Growing numbers of pledges and charters, each addressing a single characteristic and associated barriers have appeared. While Gatehouse Chambers has signed up to several such initiatives, we identified a number of issues. How many are needed for all the barriers we want to address? What about the intersectional impact of multiple barriers? How do they ensure ongoing progress? That led us to consider whether a better way forward was to work, as an organisation, to identify our values and aims and then define our own plan for driving cultural, structural and practical change.

Through the BSB Code of Conduct, we are a collection of independent individuals held to account against a set of values and standards. The cab-rank rule, albeit with many qualifications, is part of that code. It marks us out as a profession committed to the fearless, independent promotion of the rule of law and access to justice for all. Adherence to those fundamental principles should ensure a profession of individuals that understands the importance and value of working constructively across differences, ensuring the best possible outcomes for clients, even for those you personally disagree with. That does not mean it is easy.

The bar has always seen itself as fundamentally collegiate. Yet the slow adoption by the bar of alternative business structures and other business innovations demonstrates how steadfastly most in private practice cling to their identity as self-employed individualistic professionals unconstrained by corporate identity. At the bar, collegiality and individualism co-exist in a culture steeped in public school tradition and a belief that talent will be immediately recognisable. Such views are outdated, uncommercial and do not reflect reality.

Chambers develop identities and reputations for good or ill. The behaviours and statements of individuals can easily and disproportionately enhance or damage the reputation of the collective. Those at the top are not always the most talented. Being good at your job or profession does not of itself confer any insight into the talents of others, particularly those who are not like you and who you understand less easily.

Having reviewed a large number of existing pledges and charters (in the legal sector and beyond), we identified a number of key components: senior buy-in and accountability built around achievable targets and regular reviews of performance against them.

We wanted to avoid any labelling such as left-wing, right-wing, liberal or conservative because we welcome members from across the political spectrum, but we nevertheless wanted to put forward a number of principles that would guide our thinking and strategies. Our Gatehouse Chambers Charter was drafted, discussed and agreed with our colleagues not because we are ‘woke’, but because we want to be the best, most successful chambers we can be – to give our members and staff the opportunity to be and continue to be the best in the profession and attract the best candidates.

We drew up our charter not because we wanted to leave behind our independence but because, as a collection of independent professionals, we wished to agree and set out our own standards of conduct and to define our internal values and culture as an entity that works for all regardless of our differing characteristics, philosophies or politics.

The Gatehouse Chambers Charter was not devised to be a statement to the outside world or a measure to garner publicity. It is intended to encourage all of us in our chambers to move beyond the expression of laudable ideas towards working to put those principles and ideas into practice and give us something to measure ourselves against. For us personally, the charter demands that, as leaders of chambers, we hold ourselves to account and work to achieve the progress that we have said we intend to achieve. We certainly do not claim to have all the answers but we are committed to continuing to work on finding them.