The leader of Bolton council is tonight expected to defend its decision to give a loss-making personal injury firm a £300,000 ‘emergency’ grant.

Labour’s Cliff Morris, who has faced calls to resign over the grant to Asons Solicitors, will tell a full meeting of the authority that the facts ‘tell a very different story to the one that some people are trying to suggest’.

Several protest groups are expected to attend and demonstrate outside the town hall.

Morris is expected to say: ‘The decision was based on an assessment of how the council’s risk could be managed, including the fact that the investment of £300,000 will be more than repaid by business rates income of half a million pounds’.

He will add: ‘Our Town Centre Strategy specifically refers to the benefit of attracting businesses who will invest in high-quality office space, which will attract other occupiers in the future. Don’t forget that this investment has led to a private company spending £1.5m of their money on bringing an office block up to a much higher standard than before.’ 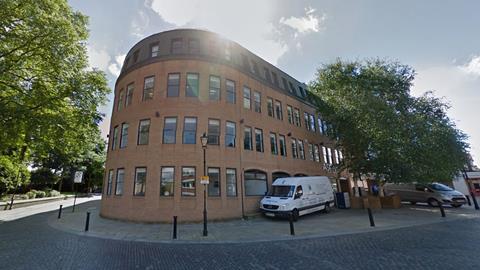 The meeting at which the grant was approved was closed to press and the public. It was awarded for the refurbishment of Asons’ new offices at Newspaper House in Bolton’s Churchgate.

The Gazette subsequently revealed that the firm was locked in dispute with the taxman over a demand for £300,000. The dispute is disclosed in the notes to Asons’ 2015 accounts, which also show the firm lost more than £1m in the year to May last year. There is no evidence of any link between the tax dispute and the grant.

The note read: ‘A contingent liability exists in relation to PAYE/NIC due if HM Revenue & Customs are successful in their claim that previous profit extractions are chargeable as earnings from employment. The amount potentially payable is estimated to be £300,000 and is currently being challenged.’

The Gazette put a series of questions to the council last week about due diligence in the award of the grant. The council has not responded.

Conservative leader David Greenhalgh will tonight put a motion to the council stating: ‘This council disagrees and disapproves with (sic) the decision made by the leader of this council, made under Emergency Powers, to award a grant of £300,000 to Asons Solicitors towards refurbishment and occupation of their offices at 40 Churchgate, and agrees to issue a public statement to the residents of Bolton stating thus.’

Morris will add tonight: ‘A number of local businesses have commented on the fact that they haven’t asked for help from the council. I’m delighted that they have managed to prosper and continue to be a valuable part of the Bolton economy, without needing further support from us. However, any business is able to approach us if they decide to do so.’

Asons issued its own statement last week accusing solicitor rivals of ‘dirty tactics’ in trying to discredit the award of the grant.