1
Council chiefs under fire over ‘emergency’ grant to solicitors firm 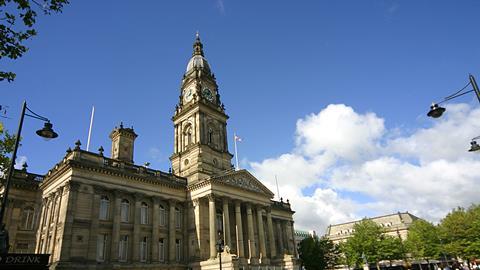 Council bosses in Bolton are today facing calls to resign over a ‘secret’ emergency grant of £300,000 handed to a local solicitors firm that posted a £1m loss last year.

Asons Solicitors was awarded the grant earlier this month under the Emergency Powers Procedure, used by the authority to take ‘any action on behalf of the council in any cases of urgency’.

The meeting at which the grant was awarded to the personal injury firm was closed to press and public. In a statement, the council has said the grant will guarantee that 263 jobs are retained in the town centre for at least the next five years. But local solicitors are outraged by one local firm apparently gaining a competitive advantage through taxpayers' money.

The council refused to confirm the size of the grant but local press reported that the figure is £300,000. The cash is understood to have been intended to assist the firm with its move to different premises in the town earlier this year.

With our madam mayor of #Bolton pic.twitter.com/5HG5wkT3C2

Council leader Cliff Morris (Labour), who has come under pressure over the award, said: ‘Financial transparency and trust at this challenging time is more important than ever and this is why I am calling for a full independent audit of this investment to reassure the public.'

In a statement sent to the Gazette, he added: 'The council’s investment will be repaid through their business rates, which we estimate to be more than £460,000 and this will be reinvested across the borough. This is on top of the value from retaining the firm in the town centre, which should return £10m to our local economy over the next five years.'

This assurance is sure to be called into question however, as Asons has itself stated that the key risk facing its business is a potential rise in the small claims limit. Last week the government announced plans to raise that limit five-fold, a potentially devastating development for the claimant PI sector.

Opposition leaders have hit out at the grant. David Greenhalgh, leader of the Conservative party, told the Bolton News: ‘A growing number of decisions are being made by this council under emergency powers. This process should only be used when absolutely necessary.’

Other local solicitor firms have also voiced concern, including Craig Morris, a partner at Fieldings Porter and Stephen Crompton, joint managing partner at Russell and Russell.

Crompton said: ‘This is extremely worrying. Law firms up and down the country have been subjected to the same challenging market conditions as Asons, so why has it been given preferential funding?’

Local UKIP leader Sean Hornby has called on residents to stage a mass protest outside Bolton Town Hall (pictured) ahead of the council's next meeting at the end of November. Bolton TUC, meanwhile, has today called for the resignation of the officers and politicians at the council ’who have been involved in subsidising Asons while proposing cuts to services for the disabled and other vulnerable members of the Bolton family’.

Under 'principal risks and uncertainties', the director's report states: 'The key risks facing the business are changes in UK legislation that impact on the small claims limit.'

In 2013 Dr Imran Akram, chief executive of Asons Solicitors, was crowned ‘Business Person of the Year 2013’ at the Bolton & Bury Business Awards. He is pictured above with the mayor of Bolton at the opening of the new Asons office.