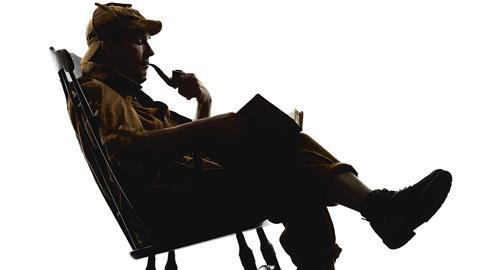 How to: hire a private investigator

Jonathan Rayner explains what a law firm can do to distinguish between good and bad private investigators.

Hiring a private investigator was once, to coin a phrase, elementary. You would take a hansom cab to 221B Baker Street. There would be no uncouth discussion of fees or, heaven forbid, professional indemnity insurance. Sherlock Holmes would simply stalk off in a fug of pipe smoke and nab the cad.

Those were the innocent days before phone taps and computer hacking. One relied on doltish, but decent and honest, policemen and on cockney petty thieves who called you ‘Guv’. It was de rigueur to be handy with a swordstick or revolver. Fisticuffs could also come in useful to help a chap out of a tight corner. And one remained resolutely amateur, albeit an amateur with fantastic powers of deduction.

Even today, and quite surprisingly, ‘amateur’ remains the hallmark of the private investigations industry. There are an estimated 10,000 private investigators working in the UK offering services as varied as serving documents, investigating insurance fraud, tracing missing persons, countering intellectual property theft, computer forensics and gathering proof of adultery. Not one of these 10,000 investigators is regulated by the government. Perhaps 20% (or 2,000) have voluntarily submitted to regulation by a peer-reviewed body, but the rest have not.

There is nothing to stop the remaining 8,000 people from screwing a brass plate to the wall or, more probably, creating a website to tell the world that they are private investigators. They can charge what they like while getting access to your confidential information. They could rob you and there is no industry body to which you could complain or which would impose sanctions on offenders.

It would be unfair – and wrong – to assume that these investigators are crooked. Many practise to an ethical code and provide excellent value for money. But given that some aspects of this work can operate at the edge of legality, how are solicitors to distinguish between the good and the bad guys?

Jo Pizzala, a partner at national firm Plexus Law, has been instructing private investigators on behalf of insurance company clients for more than 20 years. She makes the point that defrauding insurance companies is ‘not a victimless crime’. We all pay the price for fraud through increased premiums, she points out.

Pizzala has seen huge changes in the industry over the last two decades, with surveillance techniques becoming more sophisticated as products developed by the military have filtered through to civilian use. ‘The growth of social media has also made a big difference,’ she says. ‘It enables investigators to build a picture of younger people in particular.

People will often say one thing in a witness statement and then say something completely different online. They might claim to be broke and unable to pay their ex-wife, for instance, and then boast online about their new car or a recent holiday in the Caribbean.’

Pizzala generally commissions investigations into personal injury claimants who are claiming hundreds of thousands of pounds from an insurance company because they claim to have suffered life-altering injuries. The investigator’s role is to gather evidence to determine whether the claim is fraudulent or legitimate.

She tells the Gazette: ‘The bigger insurance companies have their own panels of approved investigators and so selecting one is easy. But if I was starting from scratch, I would look for a firm of investigators offering a range of services, not just manned surveillance, but also mining data and tracing missing persons.

‘I would ask if they were ISO-registered, had Edexcel accreditation, had undertaken Skills for Security training and had passed their Criminal Records Bureau checks. I would want confirmation that they were solvent and their staff were experienced at giving evidence in court. Do they have fraud capabilities and undertake corporate investigations? Do members of staff have ongoing training in the latest technologies and techniques? For that matter, does the firm regularly update its equipment?’

The private investigation sector has learned to be wary of collecting ‘the best evidence in the world’, only to see it challenged in court and disallowed. ‘Twenty years ago, an investigator would knock on the door of a claimant and tell him he had won a TV set,’ Pizzala recalls.

‘But would the claimant please get it from the boot of the car. If he could carry a heavy TV set, then what price his claim that he had suffered a crippling back injury? Job done; except these days the investigator would be accused of getting the evidence through entrapment and it would be ruled inadmissible. All that time and money wasted.’

Investigators must also be up to speed with the Human Rights Act and the Data Protection Act, because breaching either could similarly result in evidence being disallowed.

The Gazette next hears from the investigators themselves. ‘There are some real sharks out there who can be totally convincing, but who will take your money without doing the job,’ says Gavin Robertson, a former Metropolitan Police detective superintendent and now a member of the Association of British Investigators (ABI). ‘They will obtain data illegally, which could rebound on the reputation of the law firm and its client, and cost you fines. They will also frequently provide information that is inadmissible as evidence in a court of law – and so waste your money if you paid them to get it.’

That is not at all reassuring. So how does a solicitor avoid these pitfalls? ‘In the absence of the government at last making it compulsory for all private investigators to be licensed and registered, your best option is to hire an ABI member,’ Robertson replies. ‘The Law Society of England and Wales, and the Law Society of Scotland have both endorsed the ABI.’

Robertson recalls that the Private Security Industry Act 2001 was intended to clean up the sector by licensing all civil security operatives, such as loss adjusters, door supervisors and private investigators. However, the government has still not fully implemented the act and private investigators can continue to offer their services unlicensed. He says the two law societies, ‘anxious to come up with adequate protection for lawyers’, examined the ABI and declared its members ‘fit and proper’ for the role.

‘ABI membership is a one-stop shop,’ says Robertson. ‘To become a member they have to undergo a criminal records bureau and financial probity check. They have to pass an entrance examination to prove their competence and have professional indemnity insurance. They are also regulated by the ABI code of practice and disciplinary code, which in turn are independently adjudicated by a solicitor appointed for the task.’

And does the licensing, to mix metaphors, successfully weed out the sharks? ‘Yes,’ he replies. ‘Every year a number of firms are expelled from the ABI, usually because they have gone into liquidation, rather than because they’ve done something dishonest.’

In addition to his ABI duties, Robertson runs Robertson & Co, a company he founded in 1998. This provides surveillance, claim validation, risk control and fraud investigations services to government departments, local authorities, the insurance and casino industries, and big business. The firm will soon open a new office in Leeds, ‘to be closer to our northern clients’, Robertson says. He adds: ‘99% of our clients are lawyers hiring our services on behalf of their own clients.’

The Gazette had direct experience of Robertson & Co in December 2009, when it joined one of its surveillance teams on a job in a London suburb. The brief was to watch the house of a person making a personal injury claim for some tens of thousands of pounds. Was the claim fraudulent?

The surveillance agent had customised her handbag to hold a concealed camera and explained some of the tricks of trailing someone without being spotted. She also told the Gazette about one claimant she had watched – or ‘eyeballed’ – being helped by his wife across the road and into the passenger seat of a car. The wife drove the car four miles down the road.

The car stopped and she swapped seats with her husband, who later took a bicycle out of the boot and rode off on it. ‘I don’t understand why the insurance companies don’t just sue them for perjury and attempted fraud,’ she said.

Not all private investigators are fans of the ABI. Tim Burchell, who founded UK Private Investigations (UKPI) in 1997, is a member of the International Association for Asset Recovery, but not the ABI. He explains: ‘The ABI is self-regulating and run by private investigators who want to be the judge, jury and prosecutor.’

Like Robertson, he looks forward to the day the government makes licensing mandatory for all private investigators. ‘It will help weed out the charlatans,’ he says. ‘Hiring a private investigator can be a minefield. The work can be a quick money-earner for the unscrupulous, who take money upfront and don’t deliver the results. Fortunately, once the word gets out, many such agencies simply go out of business. I’ve known 10 to 15 of them vanish over the last 10 years.’

UKPI has been trading for 17 years and now has agents worldwide. How does it manage to attract new business without the ABI accreditation? ‘Word of mouth references mostly,’ replies Burchell. ‘We also do mail shots, to solicitor firms mainly. Some of our customers come through the internet.’

But how do the latter know that UKPI is not one of the charlatans? Burchell replies: ‘Because they’ve done their research. If you find an agency that’s been trading for 10 years, say, then it is likely to have been doing something right. You can also ask questions. Is the agency registered with the information commissioner? Does it have indemnity insurance? Does it give free quotes? Are there testimonials you can read? What security organisations is it affiliated to? Who are the agents? Are they former police officers or trained operatives?’

Sherlock Holmes, despite his legendary powers of deduction, would be out of his depth with some of the tasks undertaken by 21st century private investigators. What does the 19th century Holmes know about computer forensics, for instance, or intellectual property theft, or the profiling, tracing and recovery of assets?

These are all services offered by some firms, as is data sifting. None of them is remotely elementary, but then neither is hiring a private investigator.