Solicitors are still struggling to achieve judicial rank, according to latest figures published by the Judicial Appointments Commission, which says barristers are still more likely to be recommended for certain appointments.

The commission's latest statistics bulletin shows that the commission received 1,924 applications for selection exercises conducted between 1 April 2016 and 31 March 2017. Of the 746 declared solicitor applicants, 14 were recommended for a judicial post. 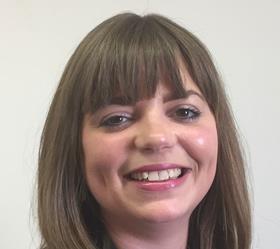 In the high court exercise, 7% of applicants and one recommended candidate declared themselves to currently be solicitors.

The small courts exercises attracted 16 solicitor applicants. Two of those recommended were solicitors.

Applicants completing a diversity monitoring form are asked to choose one option specifying their current legal role. An individual who is already a judge is likely to choose 'salaried judicial officer holder', the Gazette understands - so if they have been a solicitor previously, their background will not be reflected in the statistics. This is most likely to occur for the circuit judge, section 9(1) high court, the grouped small court and resident judge tribunal exercises, where applicants were required to have previous judicial experience. 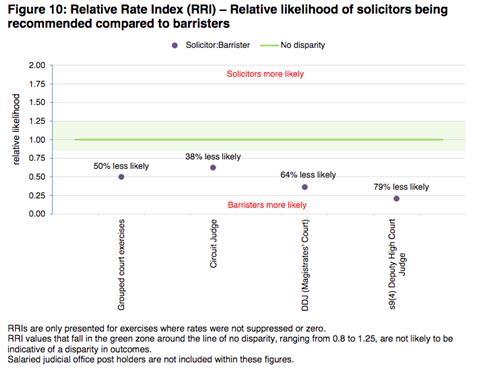 Black, asian and minority ethnic (BAME) candidates represented 6% of the 149 recommended in the selection exercises. They were less likely to be recommended for appointment in three of the six larger recruitment exercises. This was 'more evident' in section 9(1) authorisations to act as a High Court judge, deputy district judge (magistrates' court) and circuit judge exercises, the commission says.

'Greater levels of disparity' can be seen in the section 9(1) and deputy district judge (magistrates' court) exercises, where BAME applicants were 77% and 79% less likely to be recommended than white applicants respectively.

BAME candidates fared better in non-legal exercises, where they represented 36% of the 133 recommendations.

Women made up 42% of applicants and 35% of those recommended in the selection exercises. They represented a higher proportion (45%) of recommendations in non-legal exercises.

Where two or more candidates are assessed as being of equal merit, the commission can select a candidate to increase judicial diversity using the equal merit provision introduced by the Crime and Courts Act 2013.

The commission used the provision to make 12 recommendations, of which 10 were for women and two were for a BAME person.

A Law Society spokesperson said: 'Our vision is of a judiciary that is as diverse as the society it serves. Each branch of the legal profession brings different skills and insight to the bench to the benefit of the justice system and society.

'Everyone in the legal sector who has the desire and ability to be a judge should be able to work towards that ambition with confidence that it can be reached - regardless of gender, sexual orientation, class or ethnicity.'