Creative accounting, institutional inertia and avoidance of statutory obligations are among the charges levelled at the Solicitors Regulation Authority in the latest investigation into the proposed closure of the Solicitors Indemnity Fund. Figures to justify the decision 'were produced in such a way as to support the SRA's preferred position,' Clive Sutton, honorary secretary of the Sole Practitioners Group (SPG), told the group's annual conference on Saturday.

Sole practitioners and owners of small firms would be hit particularly hard by the closure of the fund, which covers claims made against retired solicitors and shut-down firms following the expiry of the six-year run-off cover provided under commercial PII policies. 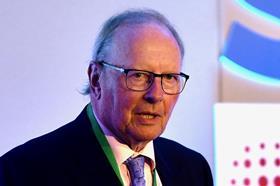 Sutton: Insurance industry does not wish to be involved

The fund has been run as an interim measure since 2000, first by the Law Society and then by SRA, on the assumption that commercial insurers would eventually step in. 'Everybody now accepts that the insurance industry does not wish to be involved in that cover,' Sutton said. But despite this realisation, the SIF is still scheduled for closure, currently in 2023.

In his report to the group, Sutton said that independent research commissioned by the SPG casts doubt on the SRA's 'dire predictions' that the £33m fund would wither away. Figures cited by the SRA ignore 'significant' investment income - £3.3m in 2021 - as well as the possibility that the profession could step in with 'periodic levies' if necessary, he said.

A study by Honeycomb Forensic Accountants found that that fund has been running 'with hardly any depletion of its reserves for the part 10 years. We see no reason why that cannot continue,’ Sutton said. The last annual report shows that the fund had assets of £33,752,000 after an overall loss of £151,000 or .044%.

Closure would also contravene the SRA's statutory responsibility to protect the public.

The regulator now appears to be reconsidering its position to closure in the face of overwhelming opposition, Sutton said. An SRA consultation attracted a record 300 responses, all of them opposing closure. 'It appears that the SRA were surprised at the response,' he said, exploring options to put before the board by summer.

Speaking from the floor, Robert Bourns, chair of the Law Society board, rebutted any suggestion that the Society had been late to act on SIF, pointing out that earlier extensions were the result of interventions by Chancery Lane. Echoing the point that the protection of the public through indemnity cover is a statutory responsibility, he lamented the fact that the need for retired solicitors to sleep easy 'has sometimes been said with something of a sneer'. The Society 'is working really hard to deal with this matter', he said. 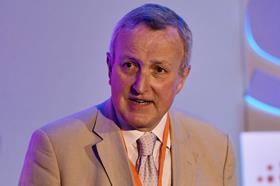 Bourns: Working hard to deal with this matter

In a pre-recorded video message, SRA chair Anna Bradley said the regulator had heard the group's concerns and 'is in the process of looking at some further options before we come back with conclusions'.

Sutton summed up: ’The SPG urges the SRA to accept that protection of the public beyond six years is one of its responsibilities. The loss cannot be replaced by insurance, and clients will suffer detriment.’

Dialogue on the issue must be based on 'some assurance that the figures produced by the SRA are in line with the true position and not inadvertently weighted towards the original preferred option', he said.