Society will fight to save SIF from closure

The Law Society has resolved to oppose the regulator’s plan to close the Solicitors Indemnity Fund (SIF) next year. The fund was supposed to have closed last month but was reprieved following lobbying from the profession. The same dispute over its future is set to ignite again in 2022.

At the Society's annual general meeting last week, council members passed the resolution: 'This Society abhors the decision by the Solicitors Regulation Authority to close down the Solicitors Indemnity Fund'. The motion passed by 41 votes to 34 with 6 abstentions.

In its statement on the fund, the Law Society said it remains committed to working with the Solicitors Regulation Authority to facilitate the extension of SIF, arguing it is in the interests of the profession and the wider public that insurance protection is kept in place beyond the mandatory six-year period of run-off.

‘Following its own research over many years and on current evidence, the best way of achieving this is to maintain a mutual fund such as SIF, with such adjustments as would aid its longevity and affordability,’ said the Society. ‘Retaining SIF would meet regulatory objectives, to maintain access to justice and the rule of law; to protect the interests of consumers and encourage an independent strong diverse and effective legal profession.’ 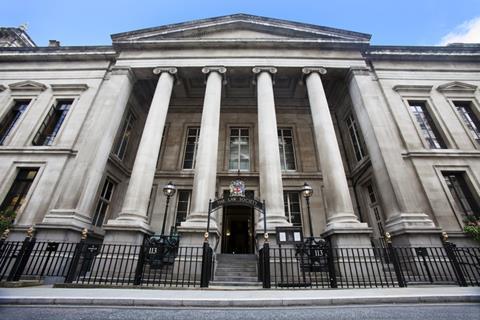 Society: Council resolution says that extension of fund is in interests of profession and public

The Society added that a speedy resolution was required in the interests of market and public confidence.

Last month, Society president I. Stephanie Boyce said that without an injection of funds, there was no choice but for the SIF to close.

The question remains where that funding would come from: the SIF retains enough funds to keep it in operation in the short term, but after then it would presumably fall on the profession to contribute.

The SRA is expected to consult on the closure of SIF and the future of post six-year run-off cover later this year, although as it stands the plan remains to close the fund next September.

In postponing the closure earlier this year, the SRA said the insurance market had hardened in recent months and that individuals were unlikely to secure affordable cover.