Tech giants will be the new disruptors, ABS pioneer predicts

So-called tech giants such as Google and Amazon will be the next big disruptors in legal services, according to the founder of a first-wave alternative business structure. 'They have the entrepreneurial risk-taking approach,' Gary Gallen, chief executive of rradar, a specialist litigation and commercial law firm with offices in Hull, Leeds, Birmingham and Glasgow, told the LegalTech in Leeds conference last week.

Noting Google’s move into the insurance sector - presumably to exploit the vast amounts of data it holds - Gallen said that tech giants are also buying in to law firms. The knowledge thus acquired would thus help them set up competitive businesses, he said. 'In the next three to five years, that’s where real disruption is going to come in.'

Gallen’s prediction was backed by another speaker, Irana Richards, of Barclays, who said that today’s law firms should brace themselves for competition along the lines of that created by Netflix in the film business and Purple Bricks in real estate. 'It’s happening to legal, I don’t know when, but it’s gong to happen,' she said. 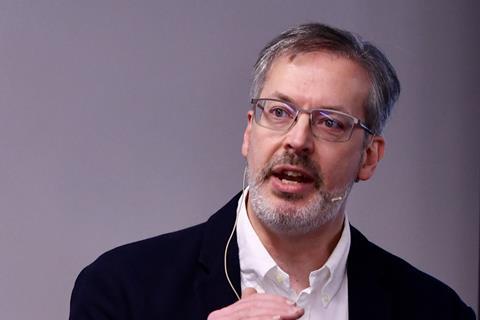 Gallen: 'Technology is not going to replace lawyers in my lifetime.'

The conference, supported by Leeds City Council, coincided with the tenth anniversary of the granting of the first alternative business structure licences by the Solicitors Regulation Authority. Gallen said that his nine-year-old firm, which claims to give clients access to legal knowledge through digital tools designed in-house, shows technology’s potential for offering services in a new way.

In particular, he said, new-model firms should not be afraid of putting knowledge in clients’ hands. 'There’s an anxiety that, if we show them how to to do it, they won’t come back. But I’ve found the reverse is true, that the more you empower them, the more likely they are to come back for the next level of advice.'

'Technology is not going to replace lawyers in my lifetime, or even my kids’ lifetime,' he said. 'The need for the consultancy and advisory lawyer is going to grow.'

Meanwhile Jenifer Swallow, director of the government backed LawtechUK initiative, told the conference that the legal sector invests less than 1% of revenue in research and development  - compared with a UK average of 5%. Her message to innovators is to concentrate on the 'vast unmet legal need'.

'It’s a massive untapped market; the incumbents are there to be disrupted,' Swallow said. 'The problems in the sector are not ones that are going to be solved by lawyers.'