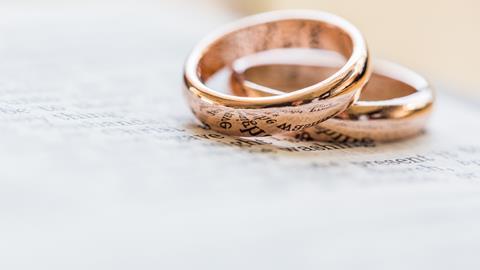 HM Courts & Tribunals Service has boasted that its work to digitise the process of dealing with financial issues in a divorce has significantly reduced the time taken to deal with cases - from nearly three months to as little as seven days.

HMCTS set out the details of its work to digitise the financial remedies process in a ‘case study’ this week, including feedback tweeted by solicitor.

One tweet said: ‘Love a competition but can anyone beat my record? Order submitted via online @HMCTSgovuk financial remedy portal on 19 August. Approved 11 days later. thank you @ResFamilyLaw thank you HMCTS.’

Another said: ‘I just want to take a moment to recognise and congratulate @HMCTSgovuk for their online divorce and financial remedy procedure – decree absolute in less than 4 months from issue of petition and 9 days to approve a FRO by consent. Truly impressive, well done!’

Claire Andrews, an associate in the family department at Osbornes Law, told the Gazette that her experience of the consent order digital online service has been mostly positive.

‘I would say this is solely due to the turnaround times being exponentially quicker than the previous archaic paper process. It can now take days or weeks to turn around as opposed to the previous weeks/many months you could expect. The fact it is online also means cases are not lost or forgotten about as was the case in previous times.’

However, Andrews said the times estimates provided are often wrong. She added that the service does not contain a specific section to submit Form A (notice of an application for a financial order), which was previously required when lodging all consent orders, ‘led to some confusion as to whether the court still require this document’.