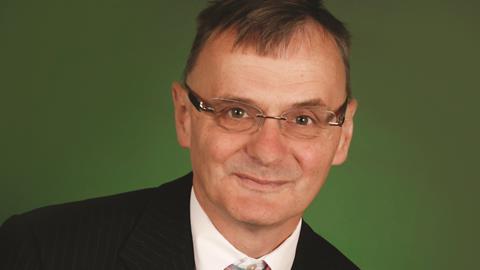 In a school essay I wrote when I was 14, I said I wanted to become a lawyer. This was based on the fact that I was better at arts subjects than sciences and that I wanted to help people.

I did my articles (as traineeship was still called then) at Coward Chance, now Clifford Chance. I decided at the end of that time that a City environment was not for me and that I needed to get to do the ‘ringcraft’ of law. But I had already benefited greatly at the same time from learning there about the importance of rigorous research and intelligent enquiry. The pendulum swung the other way and I became immersed in equally challenging East End crime for a year, before moving out to general practice in East Anglia.

The main difference between practising law in the City and in East Anglia – primarily as a dispute resolution lawyer – was that in every case I was in direct contact with someone who was fully invested in the outcome and was usually paying for it out of their resources. This made me focus sharply on ‘cost-benefiting’ outcomes very quickly.

My spell as election monitor in Sudan (as was) in 2010 has to be the highlight. I was not acting as a lawyer, but was selected for legal skills, which shows how usefully varied those can be. I was stationed in Malakal. The Sudanese Army was at one end of town and the South Sudan army at the other. The election was a precursor to the referendum the following year which resulted in the north and south split.

It is a privilege to be on the Suffolk Bank of England Panel. This is an informal means for the bank to sound out how the economy is going on the ground in different sectors and to give businesses the heads up on how the bank sees things in real time. It is also good to hear how great minds in different worlds analyse problems which, it turns out, are similar to those in the legal sector.

I fulfil many roles as senior partner and managing partner. The management of law firms has become increasingly complex due to commercial pressures and compliance requirements. I have been up for compressing most management in one place to keep the rest of the firm mostly fee-earning. One of the main challenges for a managing partner is that they must see the interests of the whole firm.

I am also privileged to be a member of international mediation network ASM. I think mediation is in a ‘third’ mature stage of development. Flexible products are key, including online delivery. Pricing innovation is a driver too for the enterprising mediation provider.

The debate about whether mediation should be compulsory worries me as it is a contradiction in terms. It also worries me that the infrastructure of the UK legal system (in terms of physical estate, administration, access to justice and legal aid) is being worn down so much. Effective and fair mediation cannot occur without there being the alternative of effective court proceedings. Only an overzealous mediator or a cynical administrator could say otherwise.