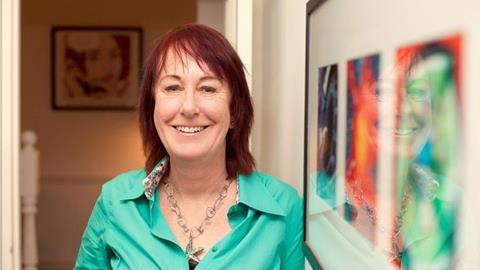 When my sister and I moved from Cornwall and rented a flat in south London, we experienced serious harassment from our landlord – and instructed solicitors. We became involved in civil and criminal litigation against him. As a result, I became fascinated with housing law and civil procedure, so I returned to full-time education to study for my law degree. At 24, I was regarded as a mature student!

Much of my caseload is anti-social behaviour litigation and I always meet the neighbours who are suffering from the bad behaviour. It is incredibly difficult seeing how distressed and traumatised people are because of the issues they are facing. I recall visiting the widow of one of our residents after her 85-year-old husband died from a heart attack after he was mugged by a 16-year-old boy who was the son of one of our tenants. Another case involved homophobic abuse and threats aimed at one of our gay male tenants. When I went to see him, his neighbour had painted swastikas on his front door and poured red paint through his letterbox.

Being awarded an MBE in 2016 for services to social housing ranks pretty high on my list of memorable career highlights. I was absolutely bowled over. In terms of litigation, it was obtaining a possession order and an eviction after a 10-day trial against a woman who harassed 28 elderly neighbours in a retirement scheme and physically attacked two of them. It took enormous persuasion and support to ensure they gave witness statements and attended court.

I was arrested for demonstrating against section 28 of the Local Government Act 1988, which sought to ban the promotion of homosexuality. My partner was wearing an Outrage T-shirt that said ‘we recruit’ as a way of poking fun at those who assume that LGBT+ people recruit straight people and ‘turn them gay’. A man watching the march started shouting at us (clearly believing her T-shirt) and he was saying the most offensive things. I went over to the man and ‘had a word’. He then started shouting that I had hit him (which I had not, although I had sworn a fair bit). I was arrested for a public order offence. I was not charged and they let me go about eight hours later with a firm ticking-off.

Like most solicitors, capacity is always an issue, leading to me working six days a week on average. The biggest difficulty is in trying to manage expectations and not being all things to all people. I regularly get asked to assist where a solicitor is not  really required – and it is quite hard to manage that.

I am chair of the Law Society’s LGBT+ Lawyers Division Committee. We aim to support LGBT+ solicitors in the workplace to ensure that they can flourish in their careers without actual or perceived discrimination. The committee also works with firms to give them the tools to enable their LGBT+ colleagues to flourish; a content and happy solicitor will increase the profits and reputation of the firm. There is still a great deal of discrimination towards + solicitors so we have a lot of work to do.