I wanted to become a social worker, but my brother-in-law was a solicitor and he encouraged me to enter the profession and practise with him. That was probably the best piece of advice that I took.

When I trained the LPC centred more on tax and company law, with little practical work. I know that has now changed. We were a traditional high-street practice so I was able to learn many different fields.

The highlight of my career was being appointed as recorder on the North Eastern Circuit in 2009.

I wanted to become a judge after I moved into Crown court advocacy full-time. I started talking to judges and they encouraged me to apply. The resident judges would say: ‘Oh you’ve got a chance and you know what you are doing.’ It really was encouragement from members of the judiciary that got me to apply. 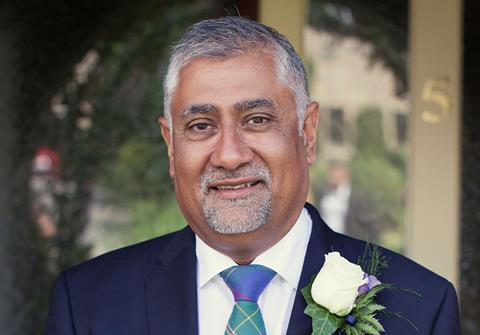 The transition from solicitor to recorder took some getting used to. Initially I was treading water, seeing how it works. It took a while to get used to being called ‘your honour’. I’d walk into court without my wig and realise ‘hang on, I’m the judge!’

I’ve judged on everything from motoring offences, all the way up to serious assault and violent crimes, where I have passed extended sentences and on one occasion an indeterminate sentence.

I combine being a recorder with my work as a solicitor and higher-court advocate. It can be tricky balancing both. I have a big practice and am the lead advocate. If I have a batch of defence trials coming up then I can’t make myself available as a recorder. I’ve been involved in some very long trials where the circuit will need a recorder for three weeks.

Sometimes you don’t know until Monday morning exactly what the trial in front of you will be. You may have a floating list of cases, where you have to get up to speed very quickly with a number of different cases, not knowing which one is going to start.

Being a recorder has made me a significantly better advocate, understanding the nub of the issue. I know my sentencing guidelines inside out because I have to deal with those cases every day in court. The benefit has been both to my own career in advocacy as well as the fulfilment of being a recorder.

I was the second Asian solicitor to become a recorder. Many solicitors have seen my profile on the Judicial Appointments Commission website and called me to ask if being a recorder is for them. I always try to encourage as many as I can.

There is a wealth of talent in the profession. Some solicitors are nervous of applying because they think they will be rejected or ridiculed. But it doesn’t happen. I’ve been through it and it’s fantastic. I was a solicitor and I’ve had no negative feedback from the judiciary or anyone that appears before me.