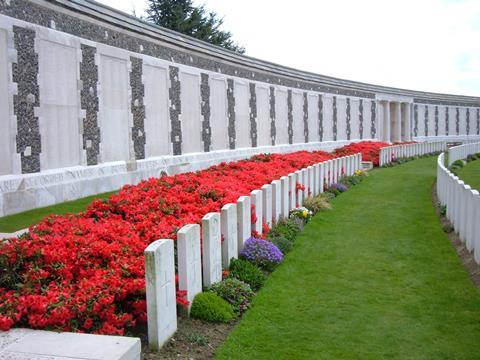 The centenary of the first world war this year has been marked by a number of commemoration and remembrance events in the UK and elsewhere.

There is one organisation, the Commonwealth War Graves Commission, at the centre of this. Since 1917 it has been the sole organisation responsible for the care of the graves and commemoration of those Commonwealth armed forces who died during the first and second world wars. Commission cemeteries and memorials provide the venue for many of these centenary events – notably St Symphorien Military Cemetery, Belgium on 4 August, which was attended by the Duke and Duchess of Cambridge.

The Commission cares for the graves and commemoration of 1.7 million men and women in 153 countries. Its existence is due to the vision and perseverance of its founder, Sir Fabian Ware.

Commanding a mobile unit for the British Red Cross and witnessing the enormous loss of life at the start of the first world war, he was determined to find a way to ensure that the final resting places of the dead would not be lost forever.

Under Ware’s leadership, his unit began recording and caring for the graves. Supported by the then Prince of Wales, he submitted a memorandum to the Imperial War Conference of 1917 calling for the creation of the Commission to continue his work. This led in the same year to its official recognition by Royal Charter and the provision of funding by its six member governments - Canada, Australia, UK, South Africa, India and New Zealand - in proportion to the number of their war dead.

Nearly 100 years on, a small in-house legal team at the Commission’s head office in Maidenhead supports its work, much as it did when the organisation was first established.

The Commission’s first legal adviser was GM Hamilton, a barrister and major general, who, before he was appointed, served in France for four years. He was joined in 1919 by Major C R Phillips OBE who was supported by a legal clerk and two typists. It was the main responsibility of the department to acquire land occupied by war graves and memorials in the UK and all theatres of war.

This enormous and unique task was achieved by negotiating and completing a variety of legal instruments including leases and War Graves Agreements with France, Belgium and other countries. Remarkably this work had slowed by 1925 and Major Phillips, it is believed, became a partner at May, Woulfe and Gwyther but was retained by the Commission on a part-time basis due to his extensive knowledge of its work.

Today, the legal department is staffed by a solicitor, a trainee solicitor and a chartered legal executive. Naturally, the demands on it have increased over the years since Major General Hamilton was appointed and particularly with the additional commitment that followed the second world war. It is still very reliant though on the pioneering legal work he, Phillips and subsequent in-house teams completed in the early days. The War Graves Agreements they helped put in place serve the Commission well to this day, facilitating its work in many countries overseas, and granting the use of land in perpetuity for the construction and maintenance of cemeteries and memorials. 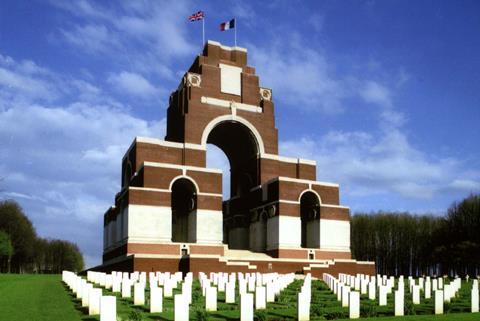 The Commission employs staff and contractors worldwide to maintain these cemeteries and memorials. Its unique task, operating in different geographies, jurisdictions, political and climatic environments, brings its own peculiar challenges for the legal department.

This demands resourcefulness in supporting staff in the CWGC’s head office and various other offices around the world, to reach pragmatic, workable solutions to unusual and varied legal problems – including employment, litigation, ecclesiastical law, property, constitutional, tax and planning.

A typical day might involve: a road-widening scheme in Japan, a threat to cemetery boundaries in Myanmar and faculty jurisdiction in the UK. The core task though is to ensure that graves and memorials are protected and free from disturbance or the threat of it, particularly due to increasing demands worldwide for development land.

To meet these challenges the legal department prides itself on the development and training of staff. This is to ensure that, as the Commission’s own centenary in 2017 approaches, the necessary in-house knowledge and expertise is available to continue to support the Commission in its Royal Charter duties in the years to come.