Excited by the business of law rather than black letter law? Then go and work for an ASLP. Katharine Freeland reports

Career opportunities in the legal market are more diverse than ever. The era of a binary choice between working in-house or full-time in a traditional law firm has passed. One option outside the standard law firm model is the alternative legal services provider (ALSP), where lawyers can be found working in senior roles alongside legal technologists, analysts and project managers. These businesses are reshaping the business of law, with technology as their lodestone. But how do career paths offered by ALSPs compare to a career in a traditional firm? 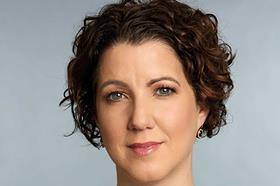 ALSPs have come a long way since the first legal services support operations were set up in low-cost jurisdictions such as Belfast and Manchester a decade ago. The Freshfields Hub is a case in point. Formerly known as the Legal Services Centre, these hubs are now located in Hong Kong, Hamburg, Dusseldorf, Frankfurt and Berlin, as well as the original base in Manchester. They operate 24/7 and in more than 30 languages. ‘The hub was established in response to the increasing complexity of client needs: mass claims, global investigations, cross-border M&A – all of which require sophisticated legal judgement and involve huge volumes of data,’ says Olivia Balson, global centre director for the Freshfields Hub. ‘Since its launch it has been very much an integral and strategic part of the business.’

We perform strategic, high-end work for clients who trust us to manage big risks and meet high standards

Nowadays the term ALSP embraces many different enterprises, including the original ‘legal services centre’ concept. Some of these are slick, ambitious, tech-driven businesses that are revolutionising the processes of law. This year Chambers and Partners recognised this pivotal point of maturation in the ALSP market by producing a discrete guide to the sector for the first time. A flick through the pages gives an indicator as to the scope of ALSPs: captives allied to law firms, such as Konexo (part of Eversheds Sutherland), or GravityStack (Reed Smith); independents (often private-equity backed) such as Axiom Law or Elevate Services; and offshoots of the Big Four. These ALSPs focus on a range of areas such as contract lifecycle management, flexible legal staffing, legal process outsourcing and litigation services.

Law firms have learned from how the Big Four expanded into new territory beyond the black letter of the law, into: consulting; project management; resourcing; and tech. Clients can now opt for a dizzying array of ‘solutions’ – not just in the market as a whole but sometimes under one flagship brand. Allen & Overy, for example, offers not just its traditional law service but A&O Consulting, Fuse (‘a tech innovation space at the heart of the firm’), Peerpoint (a flexible legal staffing platform) and its Legal Services Centre in Belfast for due diligence, litigation reviews, drafting and research. The perception of the ALSP has come a long way in the last decade.

‘The term “back office”, which has been used by people in the past to refer to legal services centres, is not accurate,’ says Lisa McLaughlin, partner at Herbert Smith Freehills’ Belfast-based Alternative Legal Services Centre. ‘We perform strategic, high-end work for clients who trust us to manage big risks and meet high standards.’

In 2010 McLaughlin exchanged her job as an associate in HSF’s London arbitration team for a pivotal role in establishing HSF’s new legal services centre in Belfast – the first alternative, near-shore operation focusing on high-volume, document-intensive work. McLaughlin’s original job title was ‘quality manager’ and the team initially focused on disputes work, such as e-discovery and document review. Now McLaughlin is a newly made-up partner overseeing an office which covers not just disputes but corporate, funds and real estate work, such as asset management and volume portfolio due diligence. Mirror hubs to Belfast have been established in Melbourne, Shanghai, Johannesburg, Perth and New York, and the initial 19 fee-earners have increased to more than 350 worldwide.

‘We are not just “the Belfast office” anymore, we are now a practice group in our own right,’ says McLaughlin.

As ALSPs grow and gain market reputation they are increasingly seen as a credible alternative to the traditional way of doing law rather than just an adjunct to the firm. Eversheds Sutherland recently rebranded its ALSP to ‘Konexo, a division of Eversheds Sutherland’ to reflect its evolution.

‘After 10 years as “Eversheds Sutherland Consulting” we needed to distinguish what we do in our own right,’ explains Graham Richardson, head of Konexo and partner at Eversheds Sutherland. ‘Part of that is putting legal tech at the heart of what we do. We then put together the right teams for a project and create the most effective process from the ground up.’

Although many senior leaders in ALSPs are lawyers, they work alongside technologists and project managers who also have the opportunity to enter the highest levels of management. Senior staff may include those with PhDs in data science, physics, chemistry and life sciences. It is this diversity of experience that appeals to many who work in ALSPs. Many of the tied ALSPs take trainees from the firm. This provides an opportunity for trainees to see what it is like to work in an ALSP, while also strengthening the ties between the two. This is important in a relationship in which the ‘alternative’ relies on the continued engagement and support of the established model.

Some, such as A&O’s Legal Services Centre in Belfast, recruit law students from the city’s Queen’s University and train them on the job, paying for the LPC part-time. Career opportunities within ALSPs compare favourably to the traditional ascent through the ranks at a law firm, although the job titles often differ from trainee, associate and partner.

‘Many are attracted by the problem-solving and fresh thinking required in ALSPs,’ says Angela Clist, global co-head of A&O’s Financial Institutions Group. Recently Clist also became head of the Legal Services Centre after 19 years as a securitisation and structured finance partner. ‘Personally I find it is fun, exciting and invigorating to be treading new ground in the second part of my career,’ she says.

Working for – or managing – an ALSP is also a career suited to someone considering an in-house position, because the work fulfils many high-volume, document-heavy functions traditionally performed in-house such as compliance, regulatory and investigations, and due diligence. The 2008 global financial crisis spurred a migration of legal work in-house with a corresponding growth of in-house teams, but in recent years their numbers have reduced. ALSPs, which sell themselves to general counsel as providing a cost-effective, efficient process for document-heavy tasks – leveraging cutting-edge tech and skilled project management – are a natural fit for this work.

Nathalie Lambert is practice head of banking and finance at ALSP Kalexius, which deploys lawyers to work as an extension of in-house teams for blue-chip corporate clients. With experience in-house at Nomura and Lehman Brothers, as well private practice experience with Slaughter and May and Shearman & Sterling, her career path demonstrates the possibilities that ALSPs offer former in-house counsel – or those seeking a role similar to in-house while acting for a variety of clients.

‘The difference between the in-house function and what we are offering is that although we work closely with in-house lawyers, once we have established the requirements and necessary procedures with our clients, we take ownership of the project,’ Lambert explains.

In terms of the maturation of the ALSP market, now is an exciting time to join this newly recognised legal sector – setting aside the as yet unquantifiable impact of coronavirus on the economy.

‘In the early days we had to push ourselves forward and sell what we did to potential employees when recruiting,’ says Richardson. ‘People have a better understanding now of what ALSPs can offer, and we have the critical mass to attract smart, forward-thinking, innovative people from a range of professional backgrounds.’

With such a variety of ALSPs in the market it is important to research and find out what each enterprise has to offer employees in terms of career progression and management opportunities – and also find the correct fit for your previous experience. This is not a sector that remains static, so you have to be comfortable with change, resilient and adaptable. ‘Now is a huge opportunity to get into an expanding area in the future,’ says McLaughlin. Many in senior positions at ALSPs have traded partner roles in law firms where they regularly closed high-value deals, preferring to break new ground in legal business. This is a career that would suit someone who is not overly focused on job title and status, but is instead excited by the business of law over black letter law.

At this uncertain time, when Covid-19 has ravaged the world economy, the future of even the most comfortable businesses have been thrown into doubt. Some legal commentators predict that the virus is the disruptor that will finally upend the dominance of the traditional law firms. Consolidation – with Big Law, the captives, independents and Big Four jostling for space – may occur. ‘We will not be the alternative legal sector for long,’ predicts Richardson. ‘In the future we may see a hybrid legal sector, incorporating Big Law, new law, offshore – one that embraces all ways of delivering services to clients.’

The early success of providers such as the Big Four, Axiom Law and United Lex have led the way, and inspired firms with tied ALSPs that at the moment would prefer to work with their own provider rather than have clients explore the plethora of independent offerings elsewhere.

The ground appears laid for ALSPs to endure. As agile, tech-savvy operations run out of low-cost jurisdictions rather than premium office space, with the ability to flex up and down, they seem well placed for our post-lockdown world. Their future may be unpredictable, but it is that sense of driving palpable change that appeals to those at the forefront of managing them.

‘There are no parameters for what happens next,’ says McLaughlin. ‘It’s one of the things I love about my job.’

Katharine Freeland is a freelance journalist