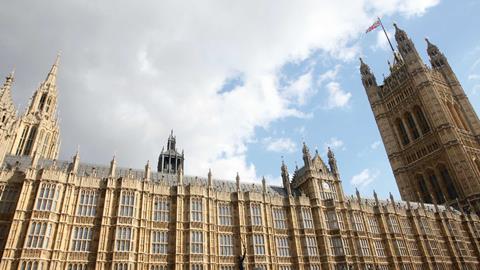 Did the justice secretary misspeak when he claimed Lord Faulks’ review of JR supported the government’s case for reform?

‘Judicial overreach increasingly threatens the rule of law and effective, democratic government.’ We do not know what conclusion justice secretary Robert Buckland QC MP was hoping for when he invited Conservative peer and former justice minister Edward Faulks QC to chair The Independent Review of Administrative Law (IRAL) in July 2020. But it seems clear that Buckland would have been relaxed with the statement above.

‘The panel consider that the independence of our judiciary and the high reputation in which it is held internationally should cause the government to think long and hard before seeking to curtail its powers,’ their unanimous report concludes. ‘Our view is that the government and parliament can be confident that the courts will respect institutional boundaries in exercising their inherent powers to review the legality of government action. Politicians should, in turn, afford the judiciary the respect which it is undoubtedly due when it exercises these powers.’

Buckland’s response, in which he announced another consultation, struck a very different tone. The Ministry of Justice press release claimed: ‘The panel found courts were increasingly considering the merits of government decisions themselves, instead of how those decisions were made – moving beyond the remit of judicial review.’

Despite the panel making only two recommendations for significant reform, and rejecting the majority of the proposals in the terms of reference, the government is now pushing ahead regardless

A raft of proposals were added to the consultation, including to widen the use of ‘ouster clauses’ – provisions in primary legislation which ‘oust’ the jurisdiction of the courts.

As Landmark Chambers’ Fiona Scolding QC told the Gazette: ‘The government’s announcements don’t match the recommendations of the panel.’

Alarm among panel members at the spin given to their report became public when Faulks spoke to Joshua Rozenberg for the BBC’s Law in Action. Faulks believed Buckland and the MoJ had not presented a ‘fair summary’, Rozenberg concluded.

In fact, lawyers specialising in public law are scathing about the disparity. Polly Sweeney, a partner at Rook Irwin Sweeney, told the Gazette: ‘It is difficult not to conclude that the government did not like the answers it was given through the review and so is having another go – this time with the independence provided by the panel having been lost.’

Criticisms of the panel’s remit and terms of reference were also reiterated. Blackstone Chambers’ Tom Hickman QC said: ‘There were two faults with the terms of reference. The first was that they were extremely broad, potentially requiring the panel to assess almost all aspects of the functioning of judicial review.’ As the ILAR report notes, a review by Justice and All Souls took a decade to report (which it did in 1990), though the project had origins that went back to 1966.

‘Second,’ Hickman continued, ‘the terms of reference were directed towards perceived problems and were thus unbalanced. For example, they identified issues such as justiciability, a hot topic of a few recent cases but a tiny part of judicial review as a whole, but did not address problems such as the poor quality and lack of scrutiny of much delegated legislation which necessitates judicial review.’

In addition to justiciability, or non-justicability, the panel was directed to look at codification of the law around JR; ‘moderating judicial review’; procedure; and ‘the territorial dimension’.

‘The bottom line,’ Hickman said, ‘is that the government raised a number of concerns about the operation of judicial review and asked the panel whether reform was needed; with minor exceptions, the response of the panel was an emphatic “no” on every point… in part it reads like a university tutorial to the government seeking to educate it on the role and importance of judicial review.’

And there it is in Faulks’ report. Codification was considered and the panel decided that, while codification of the grounds of JR might enhance ‘transparency’, there was no real problem here and it could have unintended consequences, such as limiting JR. Hickman observed: ‘I don’t think it’s a good idea to tinker about with fundamental parts of our legal system unless one is trying to fix an identified problem.’

On non-justicability, the notion that the exercise of public power should be non-reviewable, the panel found no pressing need for reform. If the government does not like particular rulings, it said, then it can ask parliament to overrule them. ‘That is entirely legitimate and done from time to time,’ Hickman noted. ‘But disagreement with a few court decisions does not justify broad legislative intervention which would cause constitutional frictions and conflict.’

Consideration of ‘moderating judicial review’ to tackle ‘judicial overreach’, prompted the panel to write: ‘The government and parliament can be confident that the courts will respect institutional boundaries in exercising their inherent powers to review the legality of government action.’

On procedure, the terms of reference invited the panel to consider whether judicial review needed to be ‘streamlined’. It does not, the panel concluded. The ‘territorial dimension’ considered whether devolution threw up problems for administrative review – the conclusion was that any such problems did not merit reform.

What came out of the panel’s report as proposals for reform were by any measure restrained. The panel concluded that the right to seek judicial review of a decision by the Upper Tribunal to refuse permission to appeal a decision by the First-tier Tribunal (established by the Supreme Court in Cart, 2011), could be overturned by statute. This was because so few errors of law had been identified and corrected.

Second, the courts could be given the power to suspend quashing orders – so the order to quash a decision by a public authority did not need to take effect immediately. This could, for example, give parliament time to legislate to rectify a wrong position. That was it. Then, as Sweeney observed: ‘Despite the panel making only two recommendations for significant reform, and rejecting the majority of the proposals in the terms of reference, the government is now pushing ahead regardless and consulting on measures which exceed the review’s recommendations.’

And so to justice secretary Robert Buckland’s own shopping list, contained in his response. Back in the mix are ouster clauses, to allow ‘parliament to determine areas which are unsuited to legal accountability’. He wants ‘wider’ remedies available to the courts, so judgments can focus ‘on future solutions, rather than spending taxpayer money to fix past errors’. He wants the definition of ‘nullity’ looked at, by which ‘the government will consider defining exactly how and when a use of power is automatically “null and void”.’ And he wants procedural reforms to improve the ‘efficiency’ of judicial review.

The consultation period is a mere six weeks – contrasted by the Oxford Human Rights Hub’s Paul Craig with the 400-year evolution of judicial review.

For litigator David Greene, immediate past president of the Law Society and senior partner at Edwin Coe, the government’s attitude to ouster clauses is a particular concern. ‘The panel decided that “ouster clause” should be very specific, reflecting some established constitutional norms only and should not be used more widely,’ he told the Gazette. ‘The government is proposing to widen and tighten up ouster clauses to do a better job of excluding the courts. This has the danger of being contrary to the rule of law.’

Diana Baxter, partner at immigration practice Wesley Gryk Solicitors, noted that Faulks’ review had not had the time to consider immigration-related judicial reviews in depth. She is concerned that it ‘fails to highlight the importance of judicial review to an immigration practitioner, especially in the context of complex rules, poor decision-making, a hostile environment and severely limited rights of appeal providing alternative recourse to challenge’.

Shadow justice secretary David Lammy MP (p23) pointed to recent examples of judicial review’s utility in ensuring good governance. ‘Over the pandemic, we have seen the importance of judicial review in exposing the health secretary for breaking procurement law over PPE contracts,’ he said. ‘It is yet another example of the government attacking the principles of the rule of law that underpin our democracy – and attempting to hoard more power in Number 10.’

The Gazette asked the MoJ to respond to allegations that it, and Buckland, had distorted the Faulks panel findings, including the panel’s conclusion that there was no judicial overreach on the evidence it saw.

A spokesperson replied: ‘Our proposed reforms will defend the judiciary from being drawn into political questions and preserve the integrity of JR for its intended purpose: to hold the government to account, apply the intent of parliament, and protect individuals.’

They added: ‘The IRAL Report provides evidence and analysis which shows what we regard as a worrying trend. The panel recommend some reforms, but the government concludes from their analysis that there is merit in exploring further options through consultation.’

The Gazette was directed to this quote from the IRAL Report: ‘The panel, however, is well aware that there have been occasions when, in the words of Professor Varuhas, the courts may be thought to have gone “beyond a supervisory approach” and employed “standards of scrutiny that exceed what is legitimate within a supervisory jurisdiction”.’

Asked why the timescale for the consultation is so short, the spokesperson said: ‘We are seizing this once in a generation opportunity to broaden the conversation on judicial review.’

The Gazette asked about meetings or correspondence between ministers and civil servants and the Judicial Power Project, but was told that information is not available. We should instead make a freedom of information request, a process which could last beyond the end of the consultation period.

Greene, a solicitor who has been instructed in some of the most high-profile judicial reviews to date, warned: ‘The right of the citizen to challenge the lawfulness of government action is an essential of the rule of law and the democratic process. Governments with large majorities have the power to push through legislation against public outcry. The Internal Markets Bill is an example.’

He concluded: ‘While governments seek to accrue power they should be extremely careful in dominating over the other pillars of the constitution, parliament and the courts. The relationship is an unwritten one based on convention. Governments should be wary of abusing or ignoring those conventions, to do so challenges the consensual nature of democracy and instils conflict.’