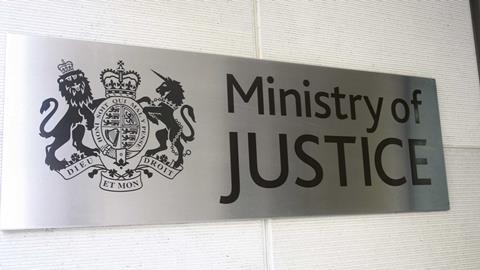 The Ministry of Justice (MoJ) spent £96m on consultants and temporary staff in 2012/13, while also paying out £89m during the same period to staff who left, according to Cabinet Office data.

Three years ago Cabinet Office minister Francis Maude banned the use of temporary staff. However, the ban appears to have been lifted.

The department also spent up to £2.6m on temporary IT staff working on its £500m National Offender Management Service over the last year, according to a Gazette Freedom of Information response.

The project, which aims to share data across 125 prisons and probation services, is due to be completed in October.

An MoJ spokesperson said: ‘Since May 2010 we have cut our spend on consultants and other temporary staff by £43.6m.

‘We only use consultants and temporary staff for short-term projects where specialist skills are not available in-house.’

Spending on interim lawyers at Whitehall’s central legal services provider the Treasury Solicitors Department totalled £4.6m in 2012/2013, after the department obtained an exemption from the freeze on temporary staff.

The department is presently concluding a recruitment drive for 40 more full-time in-house lawyers.