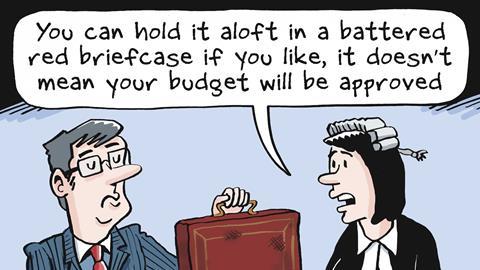 Just as the judiciary and professions get to grips with costs budgeting, on the horizon is an issue likely to provide significant challenges to the professions. What happens when the budget becomes inadequate and requires variation? Two decisions of the Technology and Construction Court operating the costs budgeting regime under practice direction (PD) 51G may be thought to provide guidance.

In Elvanite Full Circle Ltd v AMEC Earth & Environmental (UK) Ltd [2013] EWHC 1643 (TCC), Coulson J gave the first guidance on variation.  The last budget of the defendant was approved in the sum of £268,488 at the pre-trial review (PTR). The defendant won the case and then disclosed that their costs had risen to £531,946. No application to increase the budget was made until after the trial. In refusing permission to vary the budget, Coulson J made the following observations.

In conclusion, the important principles arising from Elvanite are that an early application was required and that the court had to approve the budget.

The recent decision in The Board of Trustees of National Museums and Galleries on Merseyside v AEW Architects and Designers Ltd & Others [2013] EWHC 3025 (TCC) draws heavily on the Elvanite decision and adopts its approach. Here the facts were slightly different. The successful claimant’s approved budget was £492,727. At PTR the budget had risen to £1,129,880 and a revised budget was filed for approval by the judge at PTR. Due to pressure of time, both counsel and the judge overlooked the amended budget and thus the original budget was not varied.

Akenhead J approved the dicta in Elvanite and indicated that the application to vary should be made when the previous budget is no longer accurate; that where an application is being made at a case management conference or PTR, then no formal application is required; and that the court can approve or disapprove departures from the budget of its own motion (paragraph 39).

The judge went on to point out that the failure to approve the budget in the instant case was an oversight, and to find that he would probably have agreed a revised budget of at least £1,000,000 (paragraph 41). Nevertheless, he adopted the Elvanite approach and said that he could not approve the amended budget. However, he gave a strong indication he considered that the oversight would be good reason for the assessing judge to depart from the last approved budget.

Practitioners might be forgiven for thinking that these two decisions have laid down guidance on the parameters for variation, however differences in the TCC regime and the Civil Procedure Rules may render the cases less helpful than might be expected. The principles governing variation under the TCC pilot (PD51G) are found at paragraph 6, which states: ‘In a case where a costs management order has been made, at least seven days before any subsequent costs management hearing, case management conference or pre-trial review, and before trial, a party whose cost budget is no longer accurate must file and serve a budget revision showing what, if any, departures have occurred from that party’s last approved budget, and the reasons for any increased budget. The court may approve or disapprove such departures from the previous budget.’

It is worth noting that an entirely different regime applied to the defamation pilot (see Henry v News Group Newspapers [2013] EWCA Civ 19).

This has to be compared with the requirements under the CPR PD3E, paragraph 2.6: ‘Each party shall revise its budget in respect of future costs upwards or downwards, if significant developments in the litigation warrant such revisions. Such amended budgets shall be submitted to the other parties for agreement. In default of agreement, the amended budgets shall be submitted to the court, together with a note of (a) the changes made and the reasons for those changes; and (b) the objections of any other party. The court may approve, vary or disapprove the revisions, having regard to any significant developments which have occurred since the date when the previous budget was approved or agreed.’

This benign requirement becomes more challenging when read in conjunction with CPR PD3E, paragraph 2.4: ‘As part of the costs management process the court may not approve costs incurred before the date of any budget.’

This requirement mirrors the wording of the CPR itself, where both CPR 3.12 and 3.15 empower the court to ‘manage the costs to be incurred’. Both Elvanite and Trustees of National Museums proceed on the basis that there is a residual power of the court to approve costs already incurred, albeit to a limited extent. That is permissible under PD51G but not under the CPR.

This presents a real dilemma for the practitioner. Imagine the defendant’s solicitor is instructed that the claimant is malingering and surveillance is required. This may not be in the budget. It is hardly feasible to send a new budget to the claimant’s solicitors and ask for an increase. Similarly, assume the claimant’s solicitor receives a CD purporting to demonstrate that the claimant is malingering. They will have to amend their budget to include viewing all the footage, instructing the expert, increasing the expert’s budget, having a conference with counsel and all the other appropriate steps. Unless the defendant agrees the amended budget then the claimant will have to apply to court, and of course they cannot take any steps in relation to the surveillance evidence until a new budget is approved. Essentially the case will become stayed until such time as the new budget is agreed. While aspects of PD3E 2.4 are plainly sensible, it can become a straitjacket which could lead to additional cost and delay.

As Elvanite makes clear, there is an alternative. Parties can simply breach their budget and rely on the provisions of CPR 3.18 which permit the party to depart from their budget if there is goo d reason. It is suggested that this strategy is fraught with the danger that the court will find there was no good reason and hold the party to the approved budget. Certainly, any calculated breach of the budget would have to be well-documented for the assessing judge. However, it is hard to see what alternative the defendant in the above example has.

In my next Benchmarks, I consider the practical issues arising out of variation and the alternative of relying on CPR 3.18.

District Judge Lethem sits at Tunbridge Wells County Court. He is a regional costs judge and a member of the Civil Procedure Rule Committee