Describing any market development as a ‘game-changer’ is to invite ridicule, and not only because the term is glib and cliched. It is also a hostage to fortune. Take Co-op Legal Services, poster child of the professional’s arch-liberalisers when it became one of the first alternative business structures in 2012. ‘Game-changer’ was the expression bandied about as the Co-op set out plans to become the dominant consumer brand on the back of a multi-million-pound ad campaign. Co-op Legal’s sales and marketing director even had the temerity to suggest putting the client first was an ‘alien approach’ for solicitors. 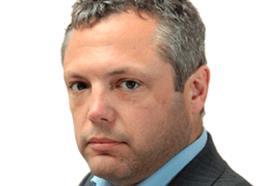 Hubris, nemesis. And a big dollop of schadenfreude for the high street, too. It wasn’t long before the Co-op was forced to retrench as the losses piled up and the dream slowly died. Today Co-op Legal is a much more modest proposition.

Forgive the nostalgia, but it has a point. ‘Game-changer’ was the expression that again sprang to mind when Big Four outfit Deloitte last week announced the acquisition of Kemp Little.

Indulge me in another history lesson. Only solicitors well into middle-age will remember the brazen assault on the law launched by the big beancounters at the turn of the millennium. I remember that this offensive was partly played out on a northern battlefield– and it also came to grief. Venerable Scottish mainstays Dundas & Wilson and McGrigor Donald fell to the late Arthur Andersen and KPMG respectively; but the collapse of Enron (google it kids) heralded the demise of a looser multidisciplinary model.

Is it different this time? Could be. Mid-tier law firms are right to be alert to the burgeoning challenge of the Big Four.

‘The fact that this is the first UK Big Four-related merger of any size for almost 20 years shows how difficult these are to achieve. But I am sure that the other Big Four firms will be re-examining their target list. Their legal offerings have the potential to be disruptive and this may be a sign that they can achieve that potential.’