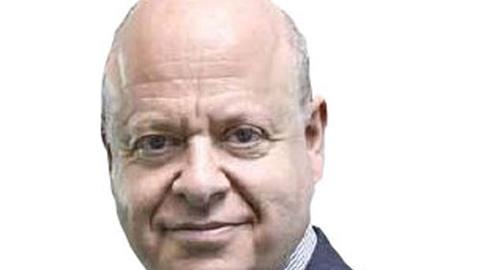 Council of Europe: more protection ahead for lawyers

There was a significant development at the Council of Europe last week. On the Day of the Endangered Lawyer, 24 January, its Parliamentary Assembly adopted a recommendation to draft a convention on the profession of lawyer.

There is already a Council of Europe recommendation on the freedom of exercise of the profession of lawyer - Recommendation No. R (2000) 21. But the problem is that it is a recommendation and not a convention, and so not binding on its Member States.

There is also the European Convention on Human Rights (ECHR), which has provisions protecting various rights associated with the lawyers’ role in maintaining the rule of law (principally in Article 6 on the right to a fair trial). But the problem here is that there are further lawyers’ rights and duties outside the scope of the ECHR which need protection, too.

Since lawyers continue to find themselves under assault regardless of the 2000 Recommendation and of the ECHR, it is hoped that the enforcement teeth of a broad convention will improve matters, without impinging on the current protections of the ECHR.

Last week’s recommendation has a long list of the kind of threats that lawyers face – and we should remember that these occur in Council of Europe countries - including: inadequately investigated killings, identification of lawyers with their clients by leading politicians, abuse of criminal proceedings to punish lawyers or remove them from certain cases, unlawful monitoring of clients’ consultations with their lawyers, interrogation of lawyers as witnesses in their clients’ criminal cases, and abuse of disciplinary proceedings.

The proposal mentions some detail of what areas the future convention should cover:

It goes on to reference developments in the surrounding legal and regulatory context, including measures introduced to counter corruption, money laundering and terrorism. This is good, because it is in those areas that some of the biggest threats to our core values have recently appeared.

As for enforcement, the text adopted last week calls on the main body of the Council of Europe to: ‘establish an early-warning mechanism to respond to immediate threats to lawyers’ safety and independence and to their ability to perform their professional duties effectively, modelled on the Platform to promote the protection of journalism and safety of journalists.’

The text goes on to call also for a platform for the protection of all human rights defenders, including lawyers.

The journalists’ platform works as follows. Certain well-known NGOs working in the area of protection of journalists signed a Memorandum of Understanding with the Council of Europe in 2014, which allows those NGOs – and others which sign subsequently - to post alerts in a public space, subject to their own verification processes and standards. The platform is not a monitoring mechanism, but a tool for enhancing the response capacity by Council of Europe bodies, and for improving co-operation and co-ordination with other international organisations. The aim is that Member States will be shamed by the publicity into taking some action, which they can also post on the platform.

Examples from the Platform show how the system works. Detentions, expulsions and assaults are reported, and in some cases the state has replied to indicate what action it has taken. The usual suspects – for instance, Turkey – show no state reply against their complaints.

All of this is to be welcomed. But we should not fool ourselves into thinking that it is a magic cure for the problems of assaults, physical or verbal, on lawyers’ rights and duties, of which instances were given earlier. Even with the enforcement mechanism of the ECHR, many countries continue to abuse lawyers in areas covered by the ECHR. But it is a step forward.