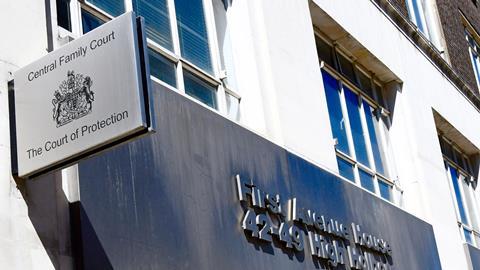 Domestic violence and the family court

Each year, starting with the International Day for the Elimination of Violence Against Women on 25th November, the 16 Days of Activism challenges gender-based violence, raises awareness about its prevalence, and calls for improved laws and services. This year the UN Women Executive Director, Phumzile Mlambo-Ngcuka, called for us to listen to – and believe – survivors, to end the culture of silencing and to put survivors at the centre of our responses.

While the UK Women’s Sector faces many challenges, we are encouraged by an increasing focus on engaging with perpetrators to change behaviour and end abuse. For example, a local authority VAWG Partnership conference on ‘Perpetrators: Prevention, Protection and Prosecution’, and the establishment of the All Party Parliamentary Group on Perpetrators of Domestic Abuse, chaired by Thangam Debonnaire MP.

At the end of the 2018 16 Days, we highlight and celebrate the work of the Domestic Violence Intervention Projects's Family Courts Team, which provides specialist assessments of the risks posed to women and children by perpetrators. Established in 2000, this team has produced an annual average of 77 assessments for public law cases, and 23 assessments for private law cases. Risks posed by perpetrators are assessed and analysed, and detailed risk management plans provided. Assessments consider static risk indicators such as lethality, use of weapons and history of violence; and dynamic risk factors, such as denial of culpability, remorse and victim empathy. They also include history of violence; possible impact and likelihood of further exposure to violence on children; parents’ understanding of the impact of violence on children; and recommendations as to how best to manage risks. The team’s ground breaking vulnerability assessments include all of the above and also an assessment of the mother’s potential previous exposure to violence; her ability to assess risk and prioritise safety; ability to access support; and recommendations as to how to best manage the risks and reduce vulnerability.

We are increasingly finding that the family courts can be an arena for perpetrators to exert further emotional abuse and coercive control over victims, in which perpetrators often harass victims and punish them for ending the relationship. The organisation Rights of Women found that perpetrators were often aware that further physical violence could lead to arrest or injunctions, and therefore used contact applications as an alternative means by which they could reassert control. For example, requiring women to face them in court and then following them home afterwards; and making multiple spurious applications for contact so that proceedings remain ongoing for months or years. 79% of barristers and solicitors themselves believe that the abusive partner’s prime motivation in seeking contact with estranged families is power and control, not contact in the best interests of the child. (‘Picking up the Pieces’, CWASU & RoW, 2012.)

Reports from Women’s Aid (2004), Lord Justice Wall (2006), and The Family Justice Council (2007) supported this, with the latter recommending that 'a process of risk assessment should be undertaken by the court in every case in which domestic violence has been alleged or admitted, before a consent order is made'. These recommendations were endorsed within the subsequent Practice Directions Residence and Contact Orders: Domestic Violence and Harm, issued in 2008 and updated in 2009. A 2010 report from Dr Chris Newman, a leading expert in this work in the UK, recommended that 'those commissioning domestic violence risk assessments should seek out practitioners who have applied knowledge of risk assessment methodology, and the capacity to apply findings from the research literature to the specifics of the case, as well as experience of direct work with domestic violence perpetrators and victims.'

With its extensive experience and highly skilled assessors, DVIP’s Family Courts Team is able to provide expert risk and vulnerability assessments to support the work of the court in keeping women and children safe from further abuse and harm.