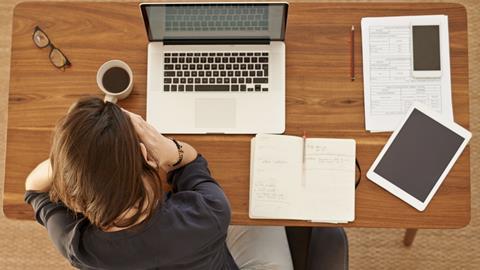 Don’t expect sympathy from the court for remote working mistakes

This week’s biggest talking point on the Gazette website has been the fallout from the court’s decision in Boxwood, most likely because it will send chills down nearly everyone who reads it.

The bare facts are pretty straightforward: a claims form was supposed to be included in a bundle of documents and sent to the opposing solicitors by 10 September. For entirely understandable reasons, the claim form was omitted, and the mistake not spotted and rectified until 14 September.

The opposing solicitors wasted little time in pointing out that the form was not filed in time and so declared proceedings a nullity. The court agreed, and the claim worth some £683,000 was dead in the water.

I can’t speak for everyone reading the judgment, but the overwhelming response of most observers must have been: ‘there but for the grace of God’. This was an unfortunate mistake made during exceptional times (as acknowledged by the court) but the rules were clear. The court could not say that all reasonable steps had been taken to prevent the mistake, so was not in a position to grant leniency.

Undoubtedly one feels sympathy for the trainee (not named but referred to in the judgment) whose mistake was at the heart of the case. We have seen many examples in recent years of rookie solicitors seeking to cover up similar mistakes, which thankfully did not happen here, and when you see outcomes like this you understand why they might panic and take such a course of action. We are quick to criticise regulators for their intransigence over their approach to dishonesty, but rulings like these (or more specifically the rules that guide them) are equally intransigent when it comes to administrative mistakes. We can only hope that the trainee in this case is being given the support they need and not blamed for something that could happen to anyone.

In any case, this wasn’t really about the mistake of an individual, but the problems of an entire staff working remotely and a firm not able to oversee everything that they were doing.

The firm responsible said that in ‘normal’ (pre-Covid) working times that court orders would be received and circulated in hard copy. The partner in charge of a matter could then ensure all relevant dates and actions were entered, with key reminders about deadlines, into a diary available to all. There was an issue with the partner being on leave for a week, and in this case the need to serve the claim form ‘simply slipped through the net’.

Remote working is not bound to produce administrative mistakes but must surely make it more difficult to spot them. The circumstances described here could have happened anywhere and to anyone. There will be many reading this who have had close shaves themselves in the last year and grateful they weren’t subject to a similar ruling.

While the firm talked of these not being ‘normal’ times, Covid working practices are set to create a new normal. If Boxwood teaches us anything, it’s that the dangers of mistakes are more pronounced at a time when the rules are unbending. Every firm wanting staff to work more remotely in future must adapt their systems to ensure staff are fully supervised and mistakes picked up. No matter what challenges the ‘new normal’ might pose, the court won’t sympathise if anything slips through the net.