The powers-that-be have long suspected lawyers of resistance to any innovation. Latter-day Luddites instinctively resisting any technological or social change designed for the public benefit, goes the usual line.

Perhaps this sense pervades the blinkered response so far to the debate over the imminent trial of flexible court hours. For every lawyer who comes out steadfastly against the plans, there is a civil servant insistent that the pilot must press ahead. 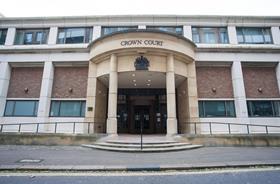 One of the venues for the flexible courts pilot

The truth is not that lawyers are resistant to change but that they are concerned about what effect the new hours will have on the system as a whole. They are not ungrateful for the estimated £1bn injection of funds to modernise our courts, but they are sceptical about where the money is going.

Solicitors endure wasted hours at the hands of inefficient and under-staffed frontline court services, and they despair at the waste.

Now the government, answering a freedom of information request by the Gazette, admits it cannot adequately fill the hours already available at courts targeted for the flexible hours pilot. Some run at barely 50% capacity.

HMCTS says utilisation rates – the measure that justified shutting dozens of courts last year – are not relevant. Lawyers would say they are fundamental. Flexible operating hours are already unpopular – now they appear unnecessary too. Sadly, it would appear HMCTS is impervious to facts.