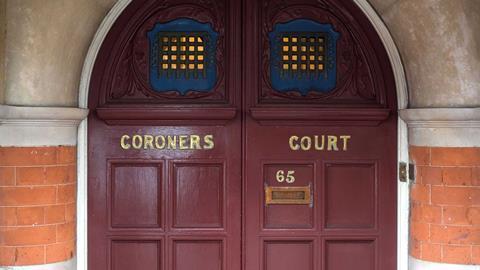 Inquests: allowing history to repeat itself

If you speak to lawyers who act for grieving families in the coroners’ courts, they all share the same fundamental concern about the inquest process: inequality of arms. 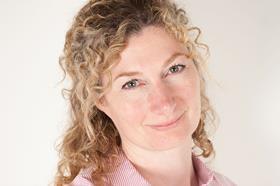 There are endless tales of NHS trusts, the prison service, police authorities and other institutions fielding an A-team of suits, with their solicitors, junior barristers and QCs occupying the front few rows of the coroner’s court.

Meanwhile, the family of the deceased will have a single legal aid lawyer – or in most cases, no legal representation whatsoever. Those with no lawyer will often have no idea that they have the right to ask questions or challenge the evidence of witnesses. Sitting at the back, they become passive observers in a vital process intended to find out how and why their loved one died, and what lessons can be learnt.

So the government’s pledge in September to scrap the need for a means test where the circumstances of the inquest meet the requirements of the Legal Aid Agency’s (LAA) ‘exceptional case funding’ (ECF) scheme was very welcome. It will mean that more loved ones obtain satisfactory answers to the questions that haunt them, because they will have a lawyer to help them.

The move will also spare families the daunting task of having to prove their low income to the LAA through a notoriously bureaucratic process that many lawyers regard as unnecessarily detailed, intrusive and difficult. For bereaved families who are often struggling not only with grief, but also with practical problems such as childcare and the administration of the estate, being spared the extra stress of the means test is clearly a positive development.

But the government’s generosity only extends so far – and it falls short of what is called for. The September announcement formed part of the government’s response to the House of Commons justice select committee report on the Coroner Service, published in May. That report had called for non-means-tested legal aid to be made available whenever the inquest involved state entities that were themselves legally represented – not just in cases that qualify under the ECF scheme. That would have gone a good deal further towards tackling the problem of inequality of arms.

The government insists that legal representation is not always needed at inquests because the process is inquisitorial, rather than adversarial. But in reality, the lawyer representing the deceased’s family is often the one to drive forward the investigation, making submissions and pushing the coroner to order fresh expert evidence. Meanwhile, lawyers for the institutions involved are effectively ‘defending’ their clients, seeking to keep proceedings as narrow as possible and limit reputational damage. So it seems hard to argue with the notion that wherever the state has a lawyer, the family should have one too.

While the government’s response to the justice committee report contained positive news on legal aid, many inquest lawyers will be disappointed by the lack of a positive response to other recommendations. Lawyers find there are huge inconsistencies between the 85 separate, local-authority-funded coroner services that exist throughout the country – in terms of the facilities available, and also the approach taken by individual coroners. But the government did not accept the committee’s recommendation for a national coroner service, as it did not believe it would be cost-effective, or would necessarily resolve the problems.

Perhaps more disappointing is the government’s lack of a firm commitment in relation to bolstering the impact of ‘prevention of future deaths’ (PFD) reports made by coroners where they see an opportunity to improve public safety. The practical benefit of these reports is limited because once they are published, they are not then followed up to ensure that they are acted on.

The justice committee suggested that a new independent office, or a new Coroner Service Inspectorate, could monitor these PFD reports and liaise with the relevant regulators and others, reporting publicly where not enough action has been taken. The government did not accept the recommendation, but merely said it would ‘consider the options’.

Whether it is a hazardous road junction, poisonous emissions from a waste plant, or flammable cladding on a high-rise building, coroners see and hear about these issues in detail. They are perfectly placed to identify life-threatening situations, and set out recommendations to prevent them from occurring again. Setting up a new body to boost the visibility and power of coroners’ PFD reports would clearly carry a financial cost. But the human cost of failing to act must be more important.

Bereaved families deserve to know that, when their loved one is killed due to an avoidable harm, lessons will be learned and history will not be allowed to repeat itself.