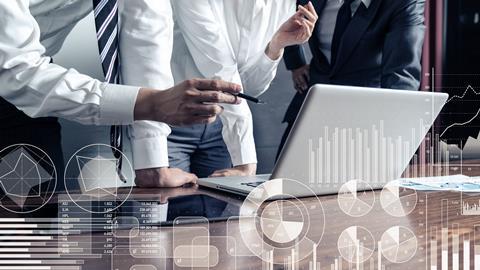 Lawtech: beware of the big plan

At the back of my home office is a shelf filled with books with titles like 'Nippon the new Superpower', 'The Japanese Miracle' and 'The Fifth Generation'. I keep them as a memento of a one-time global obsession that 'Japan Inc' was about to leapfrog the West with a government-directed project to create a new generation of thinking machines. It would be the final triumph of industrial strategy over laissez-faire.

Of course it didn't work out like that. No bureaucracy - not even the once-mighty Japanese Ministry of International Trade and Industry - has the power to command a technological revolution before the underlying breakthroughs have been made. Tokyo’s approach to artificial intelligence, involving logic programming and parallel processing hardware, proved to be the wrong bet in the 1980s. While there certainly was a revolution in information technology at the time, it was happening in the startups of Silicon Valley, not the state-funded labs of Tsukuba Science City. No technology policy-setter predicted Google, or forsaw that the breakthrough in artificial intelligence would be achieved through data, not by constructing a hard-wired electronic brain.

As Matt Ridley points out in his important new book How Innovation Works, the history of technology is replete with examples of governments making the wrong call, from the R101 airship to early mobile phone standards. This is because innovation is a grassroots process, in which new ideas emerge almost spontaneously when the right building blocks are there. The classic example is the electric lightbulb, invented more or less simultaneously in some 20 workshops around the world (though one inventor was better than the rest at guarding his IP).

Despite all this, British governments - even nominally Conservative ones - cannot get out of the habit of trying to direct innovation as part of their 'industrial strategy'. You can't really blame the politicians: sunrise industries are more fun than sunset ones, and dishing out grants for research is a sight easier than making hard decisions about, say, airport runways or coal mines.

This matters to the legal profession because so-called lawtech and justicetech are likely to loom large in the forthcoming innovation strategy promised by the Department for Business, Energy and Industrial Strategy (BEIS). The almost universal consensus is that the legal and justice sector is overdue for a revolution based on innovations such as machine learning ('artificial intelligence') and new encryption techniques such as distributed ledger technology. The assumption is that the government has a duty to nurture this revolution, for the good of UK plc.

For a clue to how it will go about this, it is worth looking at the Kalifa review of 'fintech' - lawtech's older and thus far more successful sibling - published alongside last month's budget. Its recommendations include several likely to feature in a lawtech strategy, including calls for the creation of a proper digital ID framework and a regime for the regulation of cryptoassets.

The government has already borrowed one idea from fintech by funding an industry-led 'sandbox', a safe space in which innovators can try out new ideas under the eyes of regulators including the Solicitors Regulation Authority. Its pilot phase, completed last month, seems to have revealed a demand for engaging with regulators at an early stage. But whether the experience nurtures or hinders innovators remains to be seen. Interestingly, the Kalifa review proposed the creation of a 'scalebox' to support startups making the tricky leap into the mass market.

If we're going to have a lawtech-focused industrial strategy, that seems like a reasonable use of government money - it is, after all, the government that imposes the regulation that the sandbox seeks to tame. But I have a feeling that, if there is going to be a technology-enabled revolution in legal services, it will come from a direction that BEIS, let alone the SRA, is totally unprepared for. That's what the history books suggest, anyway.