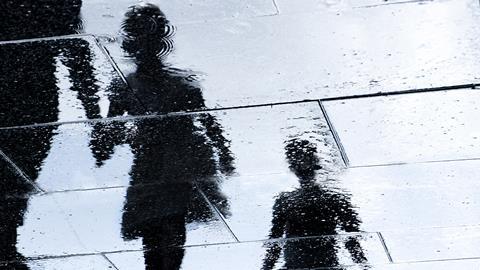 2012 saw the introduction of the Legal Aid, Sentencing and Punishment of Offenders Act 2012 (LASPO), which came into force in April 2013. LASPO made sweeping cuts to civil legal aid by taking whole areas of law out of ‘scope’ (eligibility) including welfare, housing, debt, education and immigration. In 2013 Roopa Tanna and Baljeet Sandhu at the Islington Law Centre (ILC) instructed me and my colleague Alison Pickup (now legal director of the Public Law Project) to develop a litigation strategy to assess potential challenges to the removal of legal aid for non-asylum immigration cases. This strategy ultimately led to two successful cases challenging aspects of the LASPO cuts. 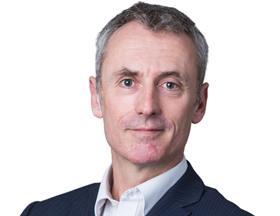 One of these cases challenged the government’s decision to refuse to bring legal aid back into scope for unaccompanied and separated migrant children who need advice to resolve their immigration issues. Research carried out by Dr Helen Connolly at the University of Bedfordshire on behalf of The Children’s Society estimates that between 12,000 and 15,000 such children are living in the UK. These children are in a uniquely vulnerable situation. By definition, they have no parent to support them, whether emotionally or practically. They are likely to have been through a traumatising separation from their family and are at heightened risk of abuse and exploitation by criminal networks or forced to work in dangerous, exploitative conditions. Following the government’s ‘hostile environment’ approach to immigration, many have been required to leave the UK despite the fact they would be entitled to remain if they had obtained proper legal advice. They suffer unnecessary fear, anxiety and stress as a result of their precarious situation. And now as we leave the EU, yet more young people will be affected if they don’t have the legal support to secure their status or citizenship by the 2020 deadline.

The Children Society had been raising their concerns about this particular issue with government officials, ministers and parliamentarians for some time. In 2013 a judicial review claim, with The Children’s Society as claimant, was brought against the lord chancellor challenging his refusal to bring this cohort of children back into the scope of legal aid through the powers set out under LASPO. I led the legal team, which included Alison Pickup, Michelle Knorr and Zoe Harper from Doughty Street chambers and Oliver Jones from Brick Court, and together with colleagues at ILC and The Children’s Society we set out on a five-year battle to achieve justice for this group of marginalised young people.

ILC and The Children’s Society collected a wealth of evidence from a wide range of stakeholders demonstrating the adverse impact of the cuts on this particularly vulnerable group. Five years on the legal claim succeeded when the government capitulated and conceded the claim, promising to enact a statutory instrument exercising the power under section 9 LASPO to bring this group of children into scope by the end of December 2018.

The Children’s Society, members of the legal team and other NGO partners then worked closely with Ministry of Justice officials over the past year to make this change a reality. A draft order was finally laid before parliament on 22 July 2019. However, the order needs to be approved by both Houses of Parliament before it can enter into force. Unfortunately, as a result of the political twists and turns of the last few weeks and the prorogation of parliament there has been insufficient parliamentary time for the draft order to be approved.

There have been assurances from the Ministry of Justice that the statutory instrument did not automatically lapse when parliament was prorogued and that arrangements will be made for its approval as soon as possible. Given the prorogation this cannot be before 14 October at the earliest and no guarantee can be given as to when this will happen.

We can’t let this go on any longer. These children desperately need legal aid – we are all in agreement on this. The government agreed this would happen by the end of 2018; nine months on and the law remains unchanged. Parliament needs to find time to approve this order without further delay.