One person’s 'covidiot' is another person’s client

The ethical issues thrown up by the coronavirus crisis are obviously powerful and difficult. 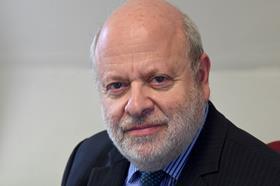 There is an ongoing debate about whether the correct decision has been made to lockdown. What is the proper balance between health and the economy, where the protection of either leads to severe detriment to the other (with both health and economic consequences in each case)? How much is a human life worth? Who gets to live and who gets to die? And why should my business close down and my employees be thrown out of work?

Lawyers don’t do balance, though. That is one of the defining features of our profession. We act for clients (whatever our own views) who have taken one view of the argument, regardless of the consequences for the other.

So the Gazette covered a case in this country where a lawyer may take action against the government because of the consequences of the lockdown on those with mental illness, autism or similar conditions who have to leave the house more than once a day. That is obviously a position with which many people will deeply sympathise.

But the Unites States, not surprisingly, has thrown up a slew of cases on whether individuals’ constitutional rights have been infringed by state governors closing businesses and ordering people to stay at home. Some of these do not raise the same sympathy.

For instance, is a golf course a life-sustaining business for the purpose of the health crisis? The US state governor said no, but the owner thinks otherwise, since it provides an opportunity for people to take exercise, presumably even with social distancing and appropriate hygiene rules.

Being the United States, there are also lawsuits over whether gun stores can remain open, and whether orders on the size of public gatherings for church services are an infringement of basic rights, including freedom of religion and freedom of assembly.

The ethical dilemmas of the crisis highlight a modern problem for our profession: what should a lawyer do when a client’s wishes conflict, actually or potentially, with a generally accepted public good?

There has been huge pressure on lawyers in the recent past to give advice to their clients which conforms to the public good – see the fuss about non-disclosure agreements in cases of sexual harassment, schemes for tax avoidance, or even most recently legal representation of fossil fuel companies.

Sometimes the law has changed to ensure that only certain advice can be given, but there are still plenty of areas where the conflict exists.

We know that to pressure lawyers to advise their clients in a certain way is to misunderstand our role. It is not our job to weigh up all the arguments around difficult ethical issues. We are concerned only with the law as it applies to our client’s wishes and interests, even if a sensible lawyer will discuss all aspects.

In an adversarial system, such as ours and the United States’, the conflict between the two arguments is played out in court, where lawyers for, say, the government and for the aggrieved citizen can fight it out in accordance with agreed rules. In that way, the accepted boundary will be drawn.

We all understand that, but some of the US lawsuits – gun-stores, churches – have drawn strong criticism about the impact of the client’s wishes on public health and consequent illness and deaths.

There are many more areas where this ethical dilemma is currently playing out, and where solicitors will be playing a role, now or in the future.

The press is full of tales of ‘covidiots’ having barbecues on beaches or in parks, sunbathing, having parties, going to beauty spots far from home. One person’s covidiot is another person’s client, exercising his or her basic human rights. Whatever the personal views of the solicitor, the covidiot is obviously entitled to a defence, which will raise issues of balance: is the new law overreach or sensible public health policy? Are the guidelines in breach of the law?

There have also been complaints about the police over-reacting in these circumstances. Lord Sumption said: ‘This is what a police state is like’.

But if you want to see what true overreach looks like, then the law recently passed by the Hungarian government puts our own circumstances into perspective: it extends the country’s state of emergency, and allows the prime minister to rule by decree, without time limit. Individuals who publicise what are viewed as untrue or distorted facts face several years in jail.

Back to lawyers: solicitors will doubtless face headwinds in the coming weeks in representing clients whose wishes do not accord with the majority view, or the government’s view, on public health or the economy. That is the role we have accepted.