Poppy pitfalls in the workplace

The remembrance poppy has been used since 1921 to commemorate military personnel who have died in war. As a nationally recognised symbol of remembrance, the poppy has attracted some controversy in recent years with some high profile individuals, such as footballer James McClean, refusing to wear the emblem. It is therefore no surprise that employers and employees are now asking for employment law advice to clearly understand their rights when it comes to wearing or not wearing a poppy. 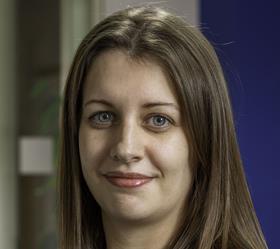 So what do employers and employees need to know?

Can your employer insist you wear a poppy to work?

Can your employer legally stop you from wearing a poppy at work?

This would depend on the employer’s reasons for stopping you from wearing a poppy at work. In 2015, a KFC worker claimed that he was dismissed for wearing a remembrance poppy. KFC’s response was that it was due to health and safety, stating that their policy was a blanket ban on wearing any type of badge or pin whilst working in the kitchen as it poses a foreign body risk. This was not pursued in any courts to determine whether this would be acceptable, but potentially, any court may accept this as non-discriminatory.

What can I do if I want to wear a poppy but have been denied from doing so?

This would depend on the reasons provided by the employer. However, given that an employee has the difficulty of convincing an employment tribunal that wearing a poppy is a ‘belief’ then it would be difficult to succeed in any claim for discrimination.

If my employer insists I wear a poppy, do they have to cover the costs?

No, there is no requirement for the costs to be covered. However, a reasonable employer that is insisting upon workers wearing something for, or to, work is likely to cover the costs involved, provide the poppies themselves, and would probably make a corporate donation to a relevant charity.

Overall, where does employment law stand on wearing a poppy?

Employment law provides protection against discrimination relating to certain characteristics which people may possess. In this situation, it would be religion or belief, such as philosophical belief.

In order to rely on a philosophical belief, case law has provided some guidance on how to assess this, with the following: the belief must be a genuine belief held; it must be a belief and not an opinion or a viewpoint; it must be weighty and substantial aspect of human life and behaviour; and it must attain a certain level of cogency, seriousness, cohesion and importance.

An ex-serviceman in the case of Lisk v Shield Guardian Co Ltd stated that he wore a poppy because it was his belief that “we should pay respects to those who have given their lives for us by wearing a poppy”. In this case, the tribunal formed the view that this belief was too “narrow” so it did not meet the requirement of showing a philosophical belief. Given that an individual only wears a poppy for a short period, once a year, then it is unlikely to show that it has a ‘weighty and substantial’ aspect on their life and behaviour.

Alexandra Owen is a senior associate at DAS Law in Bristol.

(The firm would like to point out that the information is for general guidance regarding rights and responsibilities, and is not formal legal advice as no lawyer-client relationship has been created.)