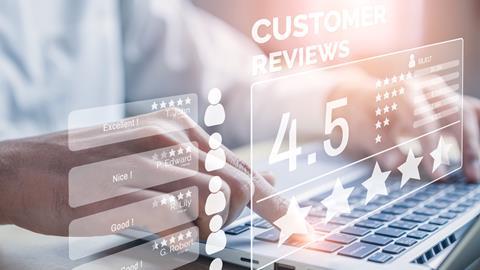 Review sites: one rant could be fatal

When client Philip Waymouth was unhappy with his solicitors, he posted a rant online that would prove to be an expensive click. In fact, after losing a libel case brought by national firm Summerfield Browne and being ordered to pay £28,000 in damages and costs, it’s going to end up costing him roughly £235 for every word of his review – considerably more than the £200 fixed-fee service that had got him so riled in the first place.

On the surface, it feels like a harsh punishment for what was a single post, but the court would be forgiven for showing little sympathy for Waymouth, who made no offer of amends and repeated his defamatory accusations in correspondence.

The post was also demonstrably unfair as well as being libellous: Browne Summerfield scores an impressive 4.6/5 average rating from 75 reviews on the Trustpilot website where Waymouth’s post was submitted. It was never clear what had so upset this particular client nor what - if anything - the firm had done wrong.

Firms have been encouraged by regulators and innovation gurus in recent years to embrace the review and comparison sites as a way of drumming up business, but there is a lesson in this case in not leaning too heavily on the work they bring in.

Within six weeks of this single (admittedly scathing) review, the firm reported that new enquiries had dropped up to 50%, and led directly to a drop in the number of new instructions. The judge agreed that a substantial number of clients were put off and the financial effect lasted up to four months.

Thankfully, the firm’s reputation appears undamaged in the long term, with enquiries slowing increasing since the incident, but others may not be in such a strong position. This case may leave some to question whether it is worth being on these sites at all, but that would be counter-productive. The solution is not to shun review websites but to select them carefully and if possible engage with the more reasonable negative feedback. Accept that you can’t please everyone and be aware the bad ones are likely to attract more readers than the good ones. But be aware if every enquiry you’re receiving is from one of these sites, it only takes one rant to knock your firm off course. This case reminds firms that review sites should only be part of the strategy, and that success stemming from them is a fickle thing. However unjustified, the one-star review is a potential disaster if web reviews are all you rely on.