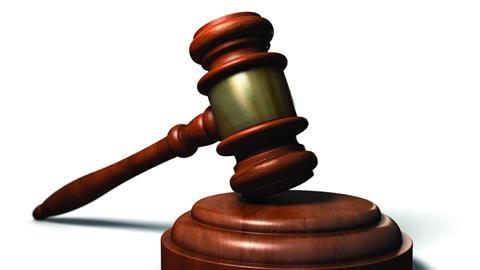 Let's hope the BBC’s gavel mistake is a one-off

We can forgive the BBC (and numerous national newspapers) being late to the story about the court awarding a law firm £25,000 damages after a libellous Trustpilot review.

Obiter could, of course, point out that the Gazette had the story back on 19 January and had published two comment pieces in response before the national media had even got round to picking it up. We shall retain a dignified but smug silence.

What we cannot countenance, however, is the BBC committing the cardinal sin when it comes to law reporting: the rogue gavel. Auntie Beeb illustrated its story with the implement, much to the chagrin of the legal profession, and the mistake was magnified when the story rocketed to number one in the ‘most read’ list. Within a few hours it was replaced by the generic mini scales of justice desk toy, but the damage was done.

Obiter notes that the BBC recently lost the services of its specialist legal correspondent Clive Coleman. We feel sure Clive would not have allowed a gavel on his watch, and we must hope this faux pas does not signal a dumbing down of the national broadcaster’s legal coverage.