When we set about reforming our courts and tribunals, one of our aims was to move away from complex paper-based systems to more straightforward digital ones. 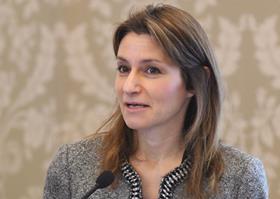 We have come a long way since then by making justice more convenient and efficient, with people now able to apply for a civil money claim online at any time of the day, and less than 1% of online divorce applications rejected (down from 40% in the paper process) because of mistakes on the form.

We have progressed from this to start exploring how video links can help make using the justice system easier. Last year, HM Courts & Tribunals Service (HMCTS) tested the first ever fully-video hearings in England and Wales. I made clear after these initial tests that we would continue to carefully develop and evaluate the technology, to make video hearings a success and, since then, we have started small scale testing in the civil and family courts and are already hearing positive feedback.

Fully video-hearings are hearings where the judge and all parties join by video, rather than one party appearing by video-link. They aren’t suitable for every case but have significant potential to make things easier for those who are vulnerable or require extra support.

The response during the tax tribunal pilots was encouraging and one mother who had recently given birth, was grateful that she did not face the added inconvenience of travelling to court at an already stressful time. While initial signs were positive and users reported high levels of satisfaction, it was clear there was still work to be done, however, and so we studied the evaluation to understand how we could learn from completed studies before rolling them out further.

Our current tests are showing that video technology is being used successfully in injunctions sought by victims of domestic abuse. Six women have already used fully-video hearings to apply for an injunction. These vulnerable claimants were able to appear before the court using a video link from a computer in their solicitors’ office, avoiding the inconvenience of travelling to court at an already stressful time.

During the hearing, all parties can still see and hear each other; the only difference is they are not in the same room.

It may sound like a small change, but for the people in this situation, it can make a huge difference and I am proud that our justice system is supporting people at one of the most difficult times in their lives.

This is part of our £1 billion reform programme, to ensure the justice system works for everybody, including those who are vulnerable. As part of reform we are piloting extended operating hours so people can fit court appearances around their busy lives and offering assisted digital services for people who struggle to use new digital systems. For the legal profession, we need to ensure these systems work for you too and that is why we are progressing cautiously and continuing to evaluate.

It is also why our fully-video hearing testing is small scale. Two firms in Greater Manchester are taking part – setting up a dedicated space in their offices from which solicitor and client can appear by video before a judge – but the early feedback is strong. The solicitors involved have been supportive with increased use of video hearings reducing the need to travel to court and giving them more time in their day.

Of course, I understand that there are concerns around fully video-hearings for some types of cases and that is why we are continuing to engage with the judiciary and legal professionals. It is for the judiciary to decide whether a hearing is suitable for a fully-video hearing and we have been clear that, for example, in Crown court trials there will always be a need for a physical court room. Furthermore, HMCTS is committed to publishing independent evaluations of all fully video hearings pilots.

Justice must be seen to be done and hearings conducted using fully-video technology will be open to the media and public, as they are now. A working group with media representatives has been ongoing for some time now, and I know this is one area they are discussing.

I’m proud of the work done so far and am looking forward to carefully monitoring progress as we continue with our ambitious reform programme, and test fully-video hearings more widely.

Lucy Frazer QC MP is solicitor general. She contributed this article in her previous role as under secretary of state at the Ministry of Justice.