Yet another competitive procurement

Can the Legal Aid Agency get it right this time and what to do if it does not. 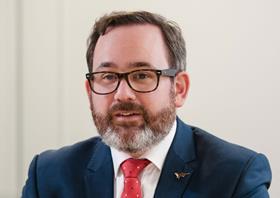 Following widespread concern about ‘advice deserts’ for legal aid housing services and the closure of courts around the country, firms are eagerly awaiting the imminent decision on the Legal Aid Agency’s procurement for the Housing Possession Court Duty Scheme (HPCDS), which is yet another attempt by the LAA to introduce competitive tendering. All of its previous attempts - in the area of criminal legal services - have been abandoned following legal challenges. 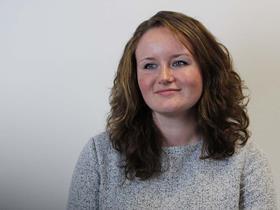 Although the ‘Information For Applicants’ (IFA) states the outcome of the tender will be notified by July 2018, the LAA update on 28 March 2018 indicates that applicants could be notified a lot sooner.

The HPCDS procurement process has already proved controversial. Under the current contractual regime, some firms have given up their contracts, apparently no longer able to afford to provide housing advice at the rates paid by the LAA. In an attempt to solve this problem, last year the Legal Aid Agency decided to amalgamate and consolidate the 113 procurement areas into just 47 larger areas, and to introduce competition on both price and quality into the tender process. These changes were made following a consultation last year, in which 48 of the 59 responses disagreed with the proposals. The Law Centres Network have been granted permission to judicially review the changes, and their challenge will be heard this month.

As such, the outcome of the HPCDS contract procurement is hotly awaited, and unsuccessful bidders must act quickly if they wish to challenge the result. The LAA’s reasons for rejecting their bid may be unlawful, and the Ministry of Justice may again be susceptible to challenge.

As a result of regulation 10(1)(d), it would appear that the LAA’s procurement process is not governed by the Public Contracts Regulations 2015, contrary to what is stated in the Information for Applicants. Any challenge would therefore be by way of judicial review; such challenges must be brought promptly and, in any event within three months. Given this is a procurement exercise, the promptness requirement is likely to require challenges are brought well inside three months and probably within 30 days of notification of the decision, which is the normal time limit for procurement challenges.

The LAA must still abide by the general principles of EU law, as well as UK public law when making its decisions. They therefore must act reasonably, proportionately and transparently, and treat applications equally and without discriminating. Failure to do so may provide grounds for a challenge. Rejected bids may also be challenged on traditional public law grounds such as failure to comply with the minimum standard criteria or the published scoring, and failure to follow the LAA’s own procedures.

The LAA has also purported to provide a separate 'internal’ right of appeal in circumstances where the LAA has erred in their assessment of the relevant tender. Appeals must be submitted using the LAA’s pro forma, pursuant to paragraphs 8.40-8.44 of the IFA. However, this does not preclude a public law procurement challenge, which may also be based on errors by the LAA in assessing tender applications.

Any firms considering a judicial review challenge in respect of this procurement should take advice from a specialist public law and procurement lawyer. A negative decision from the Legal Aid Agency may be disappointing but, as many practitioners well know, it is certainly not the end of the road.

Jamie Potter is a partner in the public law team at Bindmans LLP, and acted for the claimants in the 2016 procurement law challenge which resulted in the Secretary of State abandoning competitive procurement for criminal legal aid services.

Molly Cox is a trainee solicitor in the public law team at Bindmans.