London firm Anthony Gold has announced the death of its founding partner Tony Gold. The firm’s managing partner David Marshall has written the following summary of his life and career:

Tony Gold was born on 13 January 1934 in South London. He attended City of London School as a scholarship boy and subsequently read Law at King’s College, London.

He was articled in the City qualifying as a solicitor and, after National Service, in 1963 set up his own practice, initially on Ludgate Hill and subsequently in Streatham close to where he was then living. 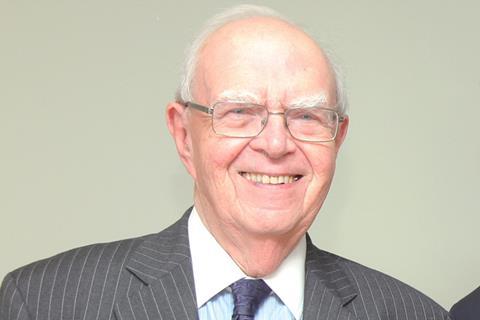 In 1974 Howard Lerman joined him and the firm continued to grow. Tony’s personal legal practice was wide-ranging but his first love was civil litigation and he developed an enviable reputation as a no-nonsense litigator, working with a number of top barristers’ chambers in a variety of complex cases. He always set high standards and focussed on using his fantastic knowledge of the law to achieve the best results for his clients. He had a strong commitment to access to justice, taking many cases on legal aid.

In 1987 he opened a central London office which has subsequently grown to more than 100 people. The firm also retains an office in Streatham. After his retirement as a partner he continued to work as a consultant for many years, and was always very proud of the firm, which now has 30 partners and 150 staff, and its work. Tony had an active retirement and at the age of 80 completed a Master’s degree in Modern History at his former college.

Tony died on 8 January 2020 after a short illness. Family was always very important to him and he is survived by his wife, Joan, children Debra and Jonathan, and grand-children Rebecca, Daniel, Louise and Sam.