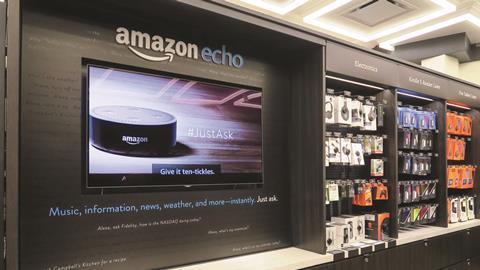 A recent highlight of the crowded legal IT events calendar was the Online Courts Hackathon, organised by Legal Geek’s Jimmy Vestbirk, online courts pioneer Richard Susskind, the Society for Computers and Law (SCL), the judiciary of England and Wales and HM Courts & Tribunals Service. It was hosted by the University of Law in London. The winning entry was a collaborative effort from a team formed by the Law Society and Wavelength Law, a NewLaw firm which combines legal services with legal engineering, which addresses the implementation gap between emerging technology and law firms’ legacy systems and processes (see also Comment, p10).

CoLin (Courts online) – Your Legal Pathfinder, a friendly digital assistant accessed via the Amazon Echo – stood out immediately. This was because it used a voice interface to provide user-friendly legal guidance and advice about common real-life issues using a platform  familiar to many people. I spoke with Drew Winlaw, legal engineer at Wavelength Law.

The pattern of enterprise/legal technology following consumer technology (in this case Siri, Alexa and so on) is well established, although conversational commerce is a relatively recent development. Rather than focusing on one challenge, facilitating access to legal advice or document bundles, for example, CoLin was designed to address all eight challenges that were set for the hackathon, by creating a user-friendly end-to-end guide through legal processes with the idea of extending access to justice and hopefully saving litigant and court time.

The future of the law is free, automated and instant

Although CoLin was presented as a proof-of-concept, its foundations in terms of engineering principles and technology are pretty sound. The hackathon presentation, which can be found together with a demonstration on Wavelength’s website (tinyurl.com/ychnwfuu) took us through a potential scenario, including the initial conversation with CoLin via Amazon Alexa. As Winlaw explains, the dialogue was framed by mapping a decision tree to the problem at hand in order to identify appropriate questions that would obtain all the necessary information to start resolving the issue. Here the legal and regulatory expertise of the Law Society team members was invaluable. Then the technology takes over, automatically generating an electronic file that includes all conversations and documents. CoLin captures the conversation in the app and requests any missing details before automatically generating an initial letter. All the information is used to determine next steps, which may include helping potential litigants find a solicitor and sharing conversations, information and documentation with relevant parties.

Training Alexa can take time and I wondered how much preparation was involved. Was CoLin devised and created in just 24 hours? Although the team had organised a brainstorming call before the event, all the development work was done during the hackathon. In fact, software developer Mark O’Grady purchased the Echo on the day before the hackathon and had not worked with one previously, so setting up Alexa with the decision-tree dialogue was one of the biggest challenges for the team.

Will conversational bots have a major role in the future of legal services? Joshua Browder, Stanford student and founder of DoNotPay legal chatbot, which has challenged some £3m in parking tickets (and was expanded to help homeless people, asylum seekers and refugees), certainly thinks so. ‘The future of the law is free, automated and instant,’ he tweeted, announcing a massive expansion of DoNotPay’s services to 1,000 legal issues across the UK and all 50 US states. 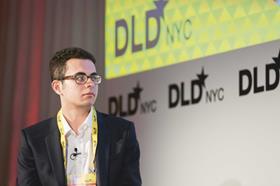 A week later, Browder offered to build free legal chatbots for ‘any lawyer, activist, student or charity’. A request form can be found at tenvoi.com/?r0met6wvrm. Completed forms should be sent to automation@donotpay.co.uk before 11.59pm PST on 24 July (7.59am on 25 July in the UK). Senders are guaranteed to receive a link within 24 hours. But Browder assures me that subsequent requests will still be honoured, although they may take slightly longer. The bots will be hosted on DoNotPay’s servers, and the data is end-to-end and SSL-encrypted.

The IBM Watson-powered DoNotPay bots use a free text interface to operate a Q&A format, and the immigration and asylum bots are accessed via Facebook Messenger. I asked Browder whether he was considering introducing voice capability. ‘I am working on Alexa bots, and the way the architecture is set up, all the bots will have backward compatibility,’ he says. So people will be able to use Alexa to access all DoNotPay services. Unlike CoLin, however, the idea is not to connect people to lawyers. Browder is focusing on automating processes as far as possible. And in terms of the technology, he flags up a key challenge – voice transcription on Alexa can be inaccurate, which could lead to misunderstandings and potentially create difficulties.

Like CoLin and the Online Courts hackathon, Browder’s motivation is altruistic, and all DoNotPay services are free. But the digital assistant/voice interface trend is being replicated commercially and on a broad scale by Thomson Reuters Elite, which in May introduced Workspace Assistant, which enables lawyers to access financial management solution Elite 3E and its partner products using a voice interface via Alexa-enabled devices. This allows lawyers to enter and track billable hours and allocate them to a specific client matter, calculate time spent on individual matters and ask Alexa questions about billable hours. As Workspace Assistant is hosted by Elite, the entire process operates within the firm’s security walls. Consideration has been given to potential mistranscriptions. Justin Farmer, senior director of product management at Thomson Reuters Elite, explains: ‘All Alexa time-and-billing entries must be reviewed and approved by the user before they are made final. This is an important check-and-balance not only to ensure the accuracy of each time entry, but also to give the user an opportunity to review what information is being recorded.’

It is likely that other legal IT and artificial intelligence (AI) products will follow this trend. 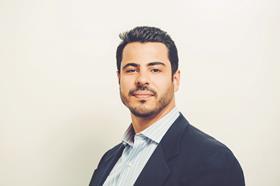 Andrew Arruda, co-founder of ROSS Intelligence, an AI-powered legal research assistant, explains that ROSS originally had a voice interface, but lawyers preferred to type queries into a text box.

However, as people have grown accustomed to conversational commerce, Arruda is looking to reintroduce the voice interface, no doubt in addition to the text box. ‘When we started ROSS, we had the ability to ask ROSS questions out loud, and with the rise of the popularity of voice interfaces we are certainly looking for the right time to reintroduce this ability,’ he says. ‘We are always excited about new ways to have ROSS be as helpful to lawyers and researchers as possible.’

The voice interface effectively reintroduces the human factor to commoditised legal services. Wavelength’s CoLin is a proof-of-concept, but the voice interface demonstrates how conversation brings the technology closer to replicating the human legal consultation process, with the added benefit of an automated digital record of each case and an electronic document bundle. Winlaw says: ‘The dialogue enables the background technology to check whether it has understood what the customer needs, potentially educate them and give them guidance – and confidence – around what to do next.’ Potential litigants start with a conversation to establish the facts; these are incorporated into an initial letter or document and used to produce options for next steps. Could future law firms operate via a similar platform, retaining the human factor while introducing lawyers later in the process?

Benedict Evans’ blog post (tinyurl.com/y8nwcu7f) highlights the sea change in the way content and services are delivered and consumed, focusing on platforms rather than content. He cites the shift from buying to streaming music and TV reducing lock-in to particular services. However, quality content remains a critical success factor, or at least a strategic differentiator. This is reflected in the way the major legal IT platforms are incorporating partner content.

Like AI, platforms bring scalability. ‘Platforms are the way forward,’ says Browder. ‘I am just one person but with a platform, the potential is unlimited.’ And the legal mainstream is beginning to recognise this. The Law Commission’s recent consultation on updating the law on wills to include digital content, potentially including texts and voicemails, said ‘there are strong arguments that it should apply not only to traditional written documents, but also where testators express their testamentary intentions in an electronic format, as well as in an audio or audiovisual recording’.

Farewill, which has featured in this column, was ahead of the curve in this respect, allowing people to create, amend and store wills online – the only part of the process that is not digital is the signature. Unsurprisingly, this proposal has already raised questions around validating the authenticity of digital content, although a cross-platform format might help to address the challenge of long-term storage.

Perhaps this is also the direction of legal IT as legal services and support applications are starting to be delivered via multiple platforms – including consumer platforms such as Facebook Messenger and Amazon Echo. If they do follow a similar pattern to entertainment media, perhaps legal IT will see an increase in applications like Workspace Assistant. Meanwhile there are legal engineers, like Wavelength, to fill the implementation gap and enable lawyers to work with data across multiple formats and platforms.