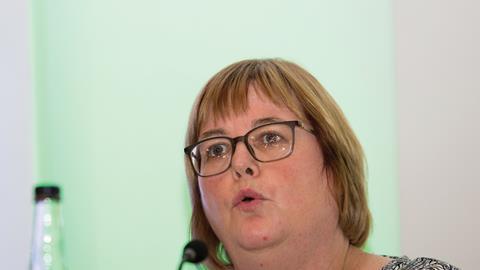 Lawyers who went in-house to be closer to clients’ core activities are being drawn into increasingly complex, uncertain, political and high-profile areas of advice. This was a clear theme at the Law Society’s In-House Division annual conference, where panel discussions and question-and-answer sessions focused on Brexit, modern slavery, data protection and – of course – the need throughout for in-house lawyers to devise ways to measure and prove their value. 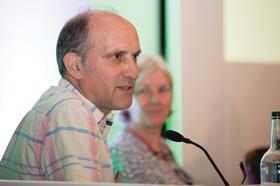 A new arrival on the GC’s terrain is the Modern Slavery Act. Here, the impact is widely felt, as Oxfam’s head of legal Joss Saunders relates: ‘It’s a big issue for us.’

Oxfam is not just concerned with modern slavery as something it would like others to deal with – instead, the charity’s size and the jurisdictions it operates in mean that its own compliance is an issue of concern that the legal team has been required to deal with.

Saunders describes the delicate tension the act creates for in-house lawyers. It requires an organisation’s chief executive to sign a statement on modern slavery. ‘[If] you say [in the statement] that you are doing nothing, you are still compliant,’ Saunders notes, but he adds that few want to make such a statement. The statement must, of course, be true.

How to craft that statement can place the in-house lawyer in a difficult position, he adds. On the one hand, there is the instinct, and some immediate pressure, to protect the position of the CEO. On the other hand, the lawyer must recognise that ‘the role of the [in-house] lawyer is a proactive one – they are part of the moral compass of the company’. Their duty in this instance is very clearly ‘to the company, not the CEO’, Saunders concludes.

Trade unions, too, find they are in a position of needing to comply while promoting the spirit and the letter of the act. ‘It’s the first time we’ve submitted a supply chain statement,’ Unison solicitor Shantha David says.

As an organisation closely concerned with the labour market, she stresses that the risk of having ‘slavery’ present in the supply chain of an organisation is all too real – even in the UK. ‘The International Labour Organization estimates there are 21m people worldwide [in forced labour],’ she says. ‘The number in the UK is 13,000 to 20,000 people – including children. Worldwide, it’s a $150bn industry.’

There is a demanding list of practices to check supply chains for, David adds. In addition to well-publicised measures such as child labour and the forced retention by the supplier of passports, these include poor pay, systematic verbal abuse and ‘bans on time off during menstruation’.

She puts a stress on tell-tale signs of forced labour in the supply chain. ‘Something to watch out for is whether unions are banned in work forces – alarm bells should ring then,’ she adds.

The need to prioritise that grip on the supply chain is real, Leigh Day partner Shanta Martin confirms. ‘We focus on pursuing companies on their accountability for human rights [abuses],’ she notes. Martin cites the example of 17 Lithuanian men trafficked to the UK to catch ‘chickens round the clock, continually harassed by enforcers’.

Against a backdrop of enhanced compliance demands and regulatory risks, is this to be regarded as yet another piece of red tape – a ‘burden on business’? Saunders thinks not. Despite the lack of a hard sanction for some key aspects of non-compliance, ‘a good statement is a competitive advantage’, he insists.

Maricela Robles, social and environmental responsibility counsel for HP Inc (EMEA), notes that a positive statement should be backed by metrics: ‘You need something you can measure to show progress. Have you done audits? Where are the concerns?’ These should establish which suppliers an organisation has no further questions for and which ‘are the ones to worry about’.

She also advises her peers to ‘take one piece at a time’, but to ‘show you are getting there’.

The demands of the Modern Slavery Act, then, include plenty for in-house lawyers to work on. But can the same be said of Brexit? Ahead of the EU referendum, the prospect of an ‘out’ vote presented in-house lawyers with a chance to be involved in strategic planning projects, helping their employers with scenario-planning.

But the lack of a clear, known, deliverable plan post-referendum has rendered such planning impossible on key points. Donna Harris, director of legal services at Aviva, says the insurance giant is not currently spending much on external lawyers ‘for the reason you’re probably going to get a lot of theory from them’.

Harris adds she could not ‘see anyone in the position to give you advice that’s worth paying a lot of money for’.

‘The first lesson of Brexit,’ she adds, ‘is we were not quite as ready for that scenario as perhaps we should have been.’ Planning had not enabled the business to be ready for the ‘immediate shock to the system’, she concluded.

For industries heavily regulated by EU directives, comments from the floor underline the fact that transposing the ‘details’ of those directives into UK law is a ‘decade-long exercise’.

There is a particular challenge for in-house lawyers working in local authorities, as ‘many contractual arrangements in local government run for at least four years or longer’. Some local authorities are deciding not to go to market and to adopt an approach of ‘wait and see’ as far as goods, services and procurement are concerned.

Subsequent developments in immigration policy would seem to support Harris’s ‘wait and see’ arguments. One area where employers sought to reassure employees with EU passports after the EU referendum result has been in assisting them in reviewing their options, including applications for permanent residency. Immediately following the conference there has been frustration that the prime minister’s Commons statement on the issue has made it clear that applications granted for permanent residency did not guarantee EU citizens’ status – further applications would need to be made.

The sizeable in-tray in-house lawyers face does not mean departments are exempt from measuring and proving their worth in this challenging environment. While this does not entail a full return to the six-minute unit of time-recording many were glad to leave behind in private practice, a range of measurements are judged to be important. 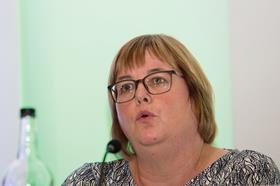 “Instant messaging is on the way up. People want to know that [a matter has] recently been ‘touched’ ”

Sally Longmate, director of Lawyers in Local Government Enterprises, says: ‘I’m not sure how useful it is to show work in progress, [but] data capture is more of a defence mechanism.’

Well-established measures include the ability to show a reduction in enquiries to the legal team, as ‘self-service’ tools were increasingly used, or price comparisons with private practice.

That, Longmate judges, is set to change: ‘I don’t know what the new ones will be [in the context of] digital transformation.’ The ability to capture ‘customer experience’ in much greater detail is likely to inform future measures, she ventures.

‘Practitioners need a hand in transformation,’ she argues. Not least, ‘email is on the way down’ and ‘instant messaging is on the way up’. Instant messaging, Longmate observes, brings with it changes in expectations from customers and clients: ‘People want to know that [a matter has] recently been “touched”.’

Such horizon-scanning aside, certain fundamentals will always be relevant, Vicky Lockie, senior consultant at VBL Consulting, notes, including: ‘who does what, how long it takes, and what it costs’. Time-recording in some form matters, she says, but there should also be a way of measuring ‘outcomes’.

The measures decided upon by an in-house legal departments, she says, need to be ‘precise, clearly defined, actionable and relevant to stakeholders’.

Longmate concludes that the ability to ‘trace and measure matters’ is also important in protecting the legal department: ‘You don’t want to take the blame for delays that are [actually] in the business.’ The excuse some reach for – that a matter has been ‘held up by legal’ – damages the department’s reputation, making it harder for its lawyers to be respected as practical, trusted advisers who are effective and help the organisation reach its goals.