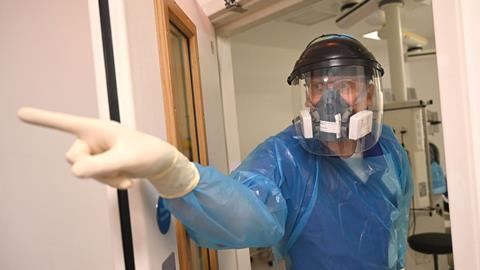 The government is facing calls for a public inquiry into its response to the coronavirus pandemic. What form should such an inquiry take and what should it investigate?

A ‘public inquiry’ into the government and state reaction to the Covid-19 pandemic is widely seen as inevitable. But is it actually necessary to hold one? If an inquiry is set up, what form might it take and what would it actually be looking into? We note that inquiries are at their most useful where they are properly focused, reach findings about matters of keen public concern as quickly as possible and make recommendations for action that will make a real difference in the future. 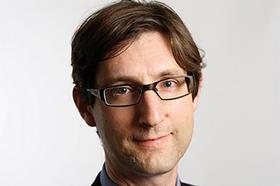 Why hold a public inquiry?

There are different forms of inquiry but they have one thing in common: they are generally a response to events of public concern, calling into question state action (or inaction) and giving rise to shaken confidence in public systems or services. There may be a need to set out exactly what has happened and why, and to make recommendations for action to avoid such events in future. The test for the more formal sort of inquiry held under the Inquiries Act 2005 is succinctly put so that a minister may set one up where it appears to him or her that ‘(a) particular events have caused, or are capable of causing, public concern, or (b) there is public concern that particular events may have occurred’ (section 1(1)).

There may also be good reasons not to hold a public inquiry. They generally come down to the considerable cost and duration involved, and the diversion of manpower and other resources away from other important tasks.

Currently, there would appear to be a solid basis for triggering an inquiry into Covid-19. Boris Johnson has recently called Covid-19 ‘the most vicious threat the country has faced in [his] lifetime’. The Queen referred to ‘a disruption that has brought grief to some, financial difficulties to many, and enormous changes to the daily lives of us all’. In rising to this considerable and daunting challenge, the government has been criticised for doing too little, too late in circumstances where the death toll is already in the tens of thousands. Furthermore, government actions are responsible for a partial shutdown of the economy, with major repercussions for our future prosperity and what looks set to be a lengthy period before we are truly back on our feet.

While there may be grounds for triggering an inquiry, is the government under an obligation to do so? Some calls for an inquiry have been made on the basis that the government is required to hold one, at least into certain aspects of its response. For example, the TUC has called for an inquiry into the ‘grotesque’ failure to provide frontline workers with adequate personal protective equipment (PPE). Lawyers have also argued that there is an obligation under article 2 of the European Convention on Human Rights to hold one to consider matters such as this.

The government has maintained that it has taken the right steps at the right time to combat this unprecedented global pandemic, guided at all times by the best scientific advice. It has not committed to a public inquiry, but there are signs from senior ministers that this stance is softening a little. Dominic Raab agreed that ‘there are definitely lessons to be learned and when we get through this crisis it will be important that we take stock’. And Michael Gove has accepted that, ‘undoubtedly this government, like all governments, will have made mistakes’, and that the time will come for ‘deep and probing questions about lessons we can learn as a country from how we handled this crisis in its early stages’.

What form should an inquiry take?

‘Statutory’ public inquiries under the Inquiries Act 2005 have the features most of us would now associate with a public inquiry: they are set up by the government, are usually chaired by a recently retired senior judge or person of equivalent gravitas, and have powers to require the production of evidence and the attendance of witnesses. The Grenfell Tower Inquiry is a good example. However, other inquiries or investigations may be ‘non-statutory’. While they lack the powers of their statutory equivalents, they may make up for this in part by the increased flexibility they enjoy and because they are often able to fulfil their remit more quickly and at lower cost. They may take a variety of forms.

An inquiry (whether statutory or not) might sit with a chair alone or with a panel, often of two further members. A previous review of inquiries observed that ‘the use of “wing members” brings expertise, reassurance, support and protection to inquiry chairs. We particularly recommend the use of panels in politically sensitive cases as a non-statutory means of enhancing the perception of fairness and impartiality in the inquiry process’ (Government by Inquiry, Public Administration Select Committee (2005), HC 51).

Calls so far have tended to be for a ‘public inquiry’ or, where specified, for an independent, judge-led inquiry (which is what the Liberal Democrats and TUC have sought). The latter suggests a full-blown, statutory inquiry and there would be advantages to such an approach. Other forms of inquiry may lack the powers, funding and formality arguably needed for such an endeavour, and may not have the buy-in of the government witnesses and state employees from whom the inquiry needs to hear. Ultimately, much will depend on the scope of the inquiry and the role it is meant to perform.

When should it start?

There are calls for an inquiry to be set up now. This, however, may be difficult and,  if there is to be an inquiry, it might well make more sense to take the necessary steps at an appropriate time after the virus has sufficiently been brought under control. We all hope that may be soon. There are strong arguments now in favour of the government’s focus continuing to be on fighting the virus, saving lives, finding a vaccine, and planning a way out of the current restrictions and addressing its wider effect, including on the economy.

In the meantime, it will be safest for the government and civil servants to proceed on the assumption that there will be an inquiry. They will need to continue to record their actions and the reasons for the decisions they have reached; and they should ensure that anything that might become relevant evidence at an inquiry is appropriately saved for future access.

When an inquiry scrutinises a particular event, it will frequently be one in the past requiring examination, so that important lessons can be learnt; the Harold Shipman and historical sexual abuse inquiries are examples. Also, where there needs to be scrutiny of decisions taken by ministers, those ministers will often no longer be in post, and ministers supporting and sponsoring inquiries can distance themselves from any criticism that might be likely to follow.

Here, the position is different in two significant respects.

It is clear that the pandemic is going to be with us for some time. The effects of at least some of the decisions taken by the government will be felt for years, and it will only be once those effects are clear that the appropriateness of those decisions will be capable of being properly assessed.

In addition, not only is the pandemic very much a ‘government story’, it has come at the beginning of a five-year period of office for a government with a significant majority. At least some of the potentially controversial conclusions of an inquiry are very likely to be published before the end of that five-year period, with the likelihood that the decision-makers will still be in office.

Both these factors could influence the scope of an inquiry.  The government says – as it must – that it wants lessons to be learnt. But it may nonetheless want, and be able, to keep the focus of an inquiry narrower than some might like. Indeed, there may be good reason for this: the tighter its terms of reference, the more quickly an inquiry can undertake its task, report and make its recommendations. Nevertheless, expect some lively exchanges on this question when the scope of an inquiry is the subject of debate in parliament and elsewhere. But whatever the politics affecting inquiry scope, setting workable inquiry terms of reference for an event of the likely duration of the pandemic will not be straightforward. Covid-19 is not a single tragedy or a single event. It is a period during which life has already changed dramatically, significant decisions have been taken daily and a ‘new normal’ might ultimately be established.

Some issues can be considered immediately. The response to the 2016 pandemic exercise, the level of pre-pandemic preparation, the response to early news of the existence of the virus, the consequential early strategy and guidance, and the decision to impose lockdown are all questions of great public interest which can be addressed by reference to the evidence available to the government at an early stage. These issues would also permit focus on some areas of current controversy, such as the adequacy of the stockpiling, and procurement, of PPE and ventilators; the availability of testing; and the guidance which, it is said, resulted in the Cheltenham festival and the Liverpool v Atletico Madrid game going ahead in March. But many other issues will best be left for consideration until later, as they will need to be judged at least in part by reference to their effects over time. These might include the economic effects of the lockdown, the appropriateness of support packages, and the strategy and benchmarks for easing lockdown restrictions.

This leads to the conclusion that there may either need to be more than one inquiry into Covid-19, or that there should be a single, structured inquiry, considering certain issues at once and moving on when the relevant information becomes available to consider further matters. Such an inquiry could produce a series of interim reports addressing questions as they arise.

The task for government and others in leadership roles responding to Covid-19 is, and has been, exceptionally difficult. However, any consideration of that response must above all recognise that the virus has led to human tragedy on a large scale. Ultimately, the strongest argument for a public inquiry might be this: those who have suffered, those who have lost loved ones and those who have risked their lives deserve a clear understanding of the context in which this all occurred, what went wrong and, just as importantly, what went right.