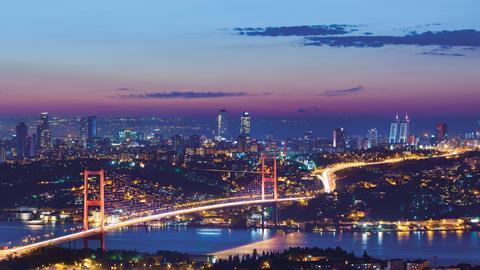 How does a British law firm do business in a country that already has more than 800,000 lawyers of its own? What are the cultural obstacles to establishing a good professional relationship with a Chinese client? Are there really business opportunities in a country that is struggling to find the funds to shelter 2.5 million refugees?

With all the talk of Brexit following an in-out referendum, what is to be gained from teaming up with a European firm? What are the pros and cons of the Transatlantic Trade and Investment Partnership (TTIP)? And what is the US administration’s attitude to alternative business structures?

These are typical of the questions that member firms bring to the Law Society’s International Department (ID).

Stephen Denyer, Chancery Lane’s head of international and City, tells the Gazette that ID’s role is to help England and Wales solicitors understand the rules when considering practising in an overseas jurisdiction. ‘Are they allowed to practise English law there? Are there any restrictions on what they can advise upon if they are not qualified locally? What have been the experiences, good or bad, of other British firms practising there?’

Denyer leads teams of policy advisers focused on jurisdictions worldwide. Some advisers are specialists in Africa and the Middle East, others south Asia and the Association of Southeast Asian Nations (Asean), which comprises Indonesia, the Philippines, Malaysia, Singapore and Thailand.

Still in the east, there is the north Asia and Pacific team, whose jurisdictions include China and Japan. Closer to home, a team advises on Europe (including Turkey) and the Commonwealth of Independent States (CIS), which was formed in 1991 and comprises Russia and certain former Soviet republics. There is also a Law Society office in Brussels, which lobbies members of the European Parliament and EU officials on the development of legal policy. Finally, to the west, the team covering the Americas and Caribbean has a patch extending from Alaska to Tierra del Fuego.

What would Denyer’s first step be if a firm approached him for advice on setting up, for instance, in Latin America? ‘We would advise the firm on how to target the most appropriate local counterparts for the type of work it was contemplating,’ he replies. ‘We would help it decide whether to look at local firms, a particular industry sector or area of the country – because if the firm is small, it might be out of its league in the country’s financial centre, but more successful where there is a cluster of technology businesses, for example.’

He adds that they would introduce the firm to bilateral associations, such as Lex Anglo-Brazil (if Brazil were the target state), and also to representatives of government agencies, such as UK Trade & Investment. ‘We have contacts in embassies and consulates worldwide,’ Denyer says.

‘When ID leads a delegation to a certain country, the firm could join us and have face-to-face meetings with lawyers and firms as well as networking opportunities. If they don’t want to travel too far afield, they could go to the International Bar Association (IBA) annual conference and attend its Latin-America lunch. We provide a comprehensive service, not only to the big players in legal services, but also to small and medium-sized firms.’

Next the Gazette speaks to Europe and CIS policy advisers Julie Mamou and Chika Muorah, who have recently returned from a seminar, hosted by the Law Society in Istanbul (pictured), titled: ‘Turkey as a gateway to Central Asia for legal services’. The seminar served as a launch pad for a new International guide, Doing business in Turkey, and was also a forum for talks on international Islamic finance, developments in English contract law and dispute resolution.

Why the focus on Turkey? Turkey, Mamou and Muorah explain, was for some years the most rapidly growing economy in Europe with a 9.2% growth rate recorded in 2010 and 8.5% in 2011. The country has not been immune from the global economic meltdown, however, and is now developing by a mere – and yet still creditable – 2%.

‘A number of English firms have been attracted by the opportunities that Turkey offers,’ Muorah says, ‘and have opened offices in Istanbul.’ She goes on to explain that Turkey has the advantage of not being too far from the UK and is also close to several members of the CIS, including those with a Turkic heritage such as Azerbaijan and Uzbekistan, with their substantial deposits of minerals and fossil fuels.

‘But there are limitations on practice,’ Muorah warns. ‘English firms cannot employ Turkish lawyers and non-Turkish lawyers cannot advise on Turkish law. This has led to English firms forming business relationships with Turkish firms, but remaining separate entities. The two firms are associates, rather than an association. There are fears that protectionist interests might one day raise an objection to this “associate” status, but local law firms tell us they don’t feel threatened at the moment.’

The International Division is a free, exclusive membership service providing firms, in-house legal teams and individual practitioners with the information and tools needed to develop international links and thrive in the global market. Membership allows access to:

In the past year, members have benefited from:

Memberships for non-SRA regulated entities is £300+VAT per year.

Members are also urged to join the International Action Team (IAT), a Law Society project that relies on a pro bono network of lawyers and law students to intervene on behalf of lawyers at risk across the globe.

Recent interventions have addressed concerns around:

The IAT in 2014 intervened in a number of countries, including:

For information on how to join the International Division or IAT, visit the website.

What are the other peculiarly Turkish challenges? ‘The civil war in Syria and the continuing violence in Iraq and other neighbouring countries have meant Turkey is host to around 2.5 million refugees,’ replies Muorah. ‘Each of these refugees is entitled to legal aid, but the bars which are responsible for the legal aid budget are already struggling to meet the needs of resident Turks. Where is the money going to come from? It’s a dilemma.’

ID is also responsible for the Law Society’s office in Brussels.

Donna Evans, a fluent Mandarin speaker, is a policy adviser for north Asia and the Pacific. Talking a few days before China president Xi Jinping began a state visit to the UK, she says that China, ‘the manufacturer of the world’, has for many years offered cross-border opportunities to firms and their clients. ‘But things are changing,’ she cautions. ‘China is still a huge manufacturer, but it is also now becoming a vast consumer market.

The Chinese government, in order to slow the flood of money leaving the country, has begun to put a cap on how much companies and citizens can invest abroad. Our members need to be aware that China’s government has no qualms about managing outward investment in this way.’

She further warns that although China has hitherto been happy to use London as a hub for legal services, the patience of some business people and individuals is wearing thin. ‘Recent attempts by the UK government to offer Chinese companies and individuals easier access to visas in return for increased investment in Britain have irritated a lot of people. In fact, the whole issue around barriers to acquiring business or study visas is encouraging some investors to look elsewhere.’

Regional firms in the UK can find themselves with a Chinese client, Evans continues, simply because a Chinese investor wanted his factory sited near them. ‘As well as corporate advice, regional firms could find themselves helping Chinese clients with immigration and trust planning, for instance. But the work won’t just fall into the firms’ laps. They need to work on relationship-building. In Chinese culture, it is the relationship first, then the deal.’

The Gazette asks about the challenges of working with Chinese law firms. ‘It requires some adjustment,’ Evans replies. ‘Chinese law firms are a bit like UK barristers’ chambers. Their lawyers eat what they kill.’

Ben Stevenson, a policy adviser for the Americas and Caribbean, a region stretching from Alaska and northern Canada via Central America to the southern tip of South America, says that his patch encompasses nations ranging from the world’s largest economy to countries still reeling from decades of conflict caused by drug cartels and corrupt government. His team focuses primarily on the US, Brazil, Mexico and Peru and Colombia, he says. The Gazette asks him about Brazil.

‘Brazil is a huge economy, but legal services are very much a closed market,’ he begins. ‘There are strict regulations barring foreign lawyers from practising and so our main effort is directed at developing a relationship with the Ordem dos Advogados do Brasil.’ This is the Brazilian bar association, which has around 800,000 members according to 2014 figures. It is very influential and is a constitutionally established body with the power to challenge new laws in parliament.

Stevenson says: ‘We are pushing for greater liberalisation of the market through a number of joint ventures, including an exchange scheme that brings Brazilian lawyers to the UK to spend a week with a law firm, a week in chambers and another week with the Law Society or Bar Council. The idea is to build a network of lawyers and firms in Brazil who have experienced London and the opportunities that liberalisation brings. We also helped set up Lex Anglo-Brazil, a bilateral commercially focused network for lawyers from both countries.’

He moves on to the US. ‘This is a key market for most of our internationally focused members,’ Stevenson says, ‘but it is a complex one within which to work. Legal services are regulated on a state-by-state basis, with each state having different rules around what foreign lawyers can and cannot do.

‘So our main job is to work with such bodies as the American Bar Association, Conference of Chief Justices, National Conference of Bar Presidents and individual state bars. Practice rights issues are our main focus. We want restrictions lifted so as to create a relatively open market. Progress is being made. New York and California, while not as liberal as the UK and the rest of the EU, are already quite welcoming to foreign lawyers.’

The Gazette asks about ABSs. ‘They are massively controversial for all the usual reasons,’ Stevenson responds, ‘but there is movement towards accepting them in a limited form. Washington State, for instance, allows a toned-down version and Washington DC allows non-lawyer ownership of firms, but with restrictions. Our continued role is to try and debunk the myths around ABS.’

On the subject of ‘controversial’, the Gazette says, what is the attitude towards TTIP on the other side of the Atlantic? ‘Cautious,’ he replies. The TTIP is designed to remove tariffs, cut red tape and reduce restrictions on investment. This, the pro-TTIP lobby argues, would make it easier for European businesses to export goods and services to the US and for US businesses to export to Europe. ‘It’s a big area for the international department,’ Stevenson says. ‘The TTIP negotiations, which are going on all the time, are one crucial way that we can have a conversation about restrictions on UK lawyers practising in the US.’

Denyer has the last word.

‘TTIP is not everyone’s favourite subject, but the IBA arbitration committee among others has set out to counter the myths surrounding it. The partnership is likely to be formalised as soon as November 2016 because president Obama has staked his international reputation upon it. A new legal framework will be a central part of it. We are working hard to ensure that the EU negotiators are aware of the legal implications of TTIP. It will affect what businesses, including legal services providers, will be doing for many years to come.’