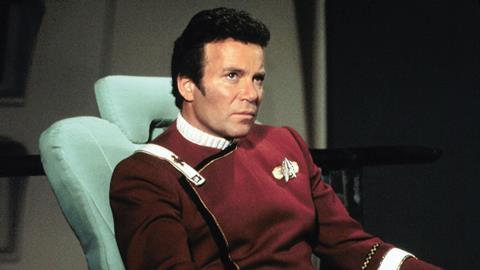 Legal tech: innovation and legacy IT

The dramatic growth of the legal IT start-up community has reached the tipping point where it is shifting mainstream thinking.

The LawSites blog lists over 500 legal start-ups offering exciting new applications, some of which are attracting significant investment from law firms, their subsidiaries and external investors. Kennedy Van der Laan innovation director Jeroen Zweers’ Dutch Legal Tech Meetup has attracted over 600 members in just 18 months, and supporters of its annual awards include legal publisher Wolters Kluwer. In the UK, Jimmy Vestbirk’s Legal Geek meetups are following a similar trajectory with over 1,000 members. When it comes to software implementation, the widespread adoption of cloud computing has facilitated the take-up of web-based tools, including document comparison, secure document transfer and e-signatures.

These ‘narrow’ AI tools boost client service and law firm margins. And adding an intelligent layer saves fee-earner time by ‘including expertise in software’ to replace the initial consultation, which Neota Logic CEO Richard Seabrook described in his presentation to the AI Summit as the ‘last mile’ to wholesale AI adoption. Although this may be a little way off in legal, Taylor Wessing used Neota Logic’s platform to build a self-service app.

This includes an interactive questionnaire that advises clients immediately whether their activities come under the People with Significant Control (PSC) rules, and if they are affected refers them to the appropriate fee-earner.

The preponderance of web-based services has helped to accelerate law firms’ adoption of cloud computing, which frees up IT resources to build or buy bespoke innovation and diversifies the IT environment. One challenge of harnessing the start-up culture is that although it leverages technology as a differentiator, it shortens the product life cycle. Start-ups bring their products to market fast and swiftly adapt them to user feedback. This means that law firms have to learn to be agile – not just in terms of flexible working, but also the ability to shift their IT strategy very quickly when it is necessary or expedient to do so without losing user engagement.

Return on IT investment is a key consideration. Law firm IT budgets are bigger than ever. However, their biggest IT investments are not the standalone innovative tools, including legal AI, that hit the headlines. Rather, they are the core practice management systems (PMS), document management systems, time and billing systems, information security, disaster recovery and so on that underpin operations and compliance.

As web-based tools lower the barriers to innovation, law firm IT heads are devoting more attention to systems integration so that lawyers and business support professionals can bring together the right resources to maximise client success. How are firms streamlining their IT assets and making sure people are aware of the different tools and applications that they are investing in? How do they bring these together with their central operational systems? How do they make space for innovation when there is so much essential legacy?

‘With difficulty and courage,’ responds Martyn Wells, IT director at Wright Hassall. ‘The traditional legacy software is the PMS which covers business operations, while AI is generally aimed at case or matter management.’ Wells has invested in web-based productivity tools, which require the same strategic approach as legal AI when it comes to integration. ‘Certain tools tend to get used in particular departments,’ he explains. ‘For example, the corporate department uses document comparison tools to deal with contracts.’ Wells believes that some of what legal AI does can be achieved with business intelligence (BI) tools: ‘AI is heavily reliant on data in the same way as BI and big data analysis tools. The differentiator is machine learning. So for me, AI is the next BI. It is an evolutionary process.’

The IT toolbox is growing and there is a constant stream of new vendors offering different approaches to common issues. ‘The challenge is keeping on top of developments and making sure that people are using our existing tools in a contemporary way,’ Wells says. ‘This represents a considerable overhead, including a full-time IT trainer.’

In terms of the growing number of user interfaces, Wells has been following mainstream developments around virtual assistants. The fact that he recently had to ask lawyers not to use Siri for work purposes (because this means sending data to the US) led him to work with digital dictation vendor BigHand on a client-side speech recognition app. Wells sees the potential of lawyers using a voice-activated virtual assistant to manage the user interface, providing instant access to all the firm’s IT resources. This is food for thought, particularly as generations change in the workplace.

CEO John Hall introduced Intapp’s London event with the proposition that law firms’ biggest IT investments – that is, practice management, document management and CRM systems – do not answer the central question around client success: ‘How well are we delivering on clients’ expectations?’ Because technology is central to legal services delivery, the IT function’s remit includes meeting the expectations of its internal clients too. This is about making the right choices and creating the right interfaces.

BLP was the first law firm to introduce AI into the legal IT toolbox. IT director Mike Nolan and Bruce Braude, head of strategic client technology, explain how they bring together the seemingly contrasting elements of their IT strategy: innovation and core systems. ‘It comes down to a strategy and culture that are centred around new technology,’ Nolan says. ‘A good example is our integrated client service model, where IT heads worked closely with partners to create a bespoke structure for implementing new technology.’

A key quality that BLP shares with the start-up culture is speed of adoption – and Nolan gives this high priority. ‘IT’s relationship with the partners is the strong foundation of our approach,’ he says. ‘We get together to make quick decisions and implement them across the business. Tech businesses get things done quickly, and moving faster than other law firms is an important element of getting a return on our technology investments.’

Braude adds that BLP’s entrepreneurial spirit has become part of its DNA: ‘It is about creating a horizontal culture that fosters collaboration, openness to new thinking and maintaining agile operations.’

A culture which is willing to try new things reduces the need for change management, but there is still the technical issue of integrating new tools such as RAVN with legacy systems.

Unlike some firms which have separated IT teams into lights-on and DevOps or launched separate IT businesses, Nolan works closely with Braude to get the entire IT team working together – and with the practice groups – to exploit new opportunities. ‘The IT guys that run our monolithic line of business (LOB) systems are the same guys that are out looking at new technology and integrating new tech with our existing systems. We look at the big picture straight away. It’s about having a really good development team working on the different sets of technologies in play and making the most of them.’

Nolan emphasises that BLP’s openness to new ideas extends to the firm’s core systems too. ‘My role means being open to changing systems and strategic priorities. And those decisions need to be made and implemented quickly.’ Braude adds: ‘This is also down to the leadership team making innovation a strategic focus and giving IT the space and resources to get on with it.’

The user interface is critical. ‘Our lawyers are open to new ideas, but they are not necessarily technical whizzkids,’ Nolan says. ‘If we are going to make the new tech opportunity work, we have to provide systems that complement their working practices. We bring together web-based technologies with a single sign-on so that they look like they are part of one system and people don’t have to remember multiple IDs and passwords.’

Andrew Honey, BIS applications manager at Gowling WLG, was recognised for swift deployment of integration tool Intapp Flow at the firm and successful lawyer adoption. He explains that simplifying the user interface minimises the impact when you change any part of the system. This also involved shifting from a vertical platform to a horizontal platform by creating a three-layer architecture.

A common user interface sits on an integration platform that connects with the underlying core services. ‘Consumer technology has led people to expect an intuitive interface, so my approach is to design a perimeter that engages with users and also protects them. Then if you want to retire legacy two-tier systems, you can disconnect them without worrying about user impact.’

Honey uses Intapp to introduce design thinking into Gowling WLG’s IT strategy by adding a middle layer that is independent of the underlying systems. ‘So you can make rules for adding a new client, for example, whichever PMS you deploy. This separates the process and the user interface from the responsibility of legacy systems,’ he explains.

‘Basically, I’m moving the system from a vertical to a horizontal design. The middle integration layer enables you to bring in new, innovative things because it connects everything together and allows all the systems to access the firm’s data.’

Like Nolan and Braude at BLP, Honey recognises that integration also means bringing together diverse skillsets.

‘One of our biggest challenges is motivating the staff who support our legacy systems. The PMS is still the ship’s engine room. Although new technologies require new skillsets, and we are seeing more rapid development of new tools that impress users, some of the core knowledge is held by the guys who work in the engine room. IT leadership needs to be on the bridge with Captain Kirk and in the engine room with Scotty. I would call myself a Scotty who has moved up to the bridge! But it is still crucial to recognise the talent – and the importance – of Scotty in the engine room.’