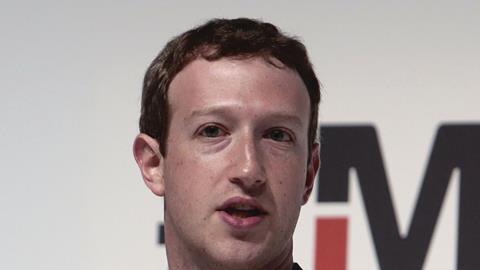 Robots are not about to replace lawyers. But what about personal assistants?

On 3 January, Mark Zuckerberg announced his intention to create his own version of ‘Jarvis’, Iron Man’s digital virtual assistant (DVA), to manage his interactions with apps and devices in his home and at work.

Artificial intelligence (AI) was 2015’s legal IT buzzterm, and it has moved beyond process automation to include DVAs.

In 2015, legal futurologists and others were predicting that robots would replace lawyers. However, a recent study, Can Robots Be Lawyers? Computers, Lawyers and the Practice of Law, by academics Dana Remus and Frank S Levy, debunks this theory, concluding that only a limited proportion of lawyers’ tasks can be automated and these are often done by paralegals. This highlights the opportunities for DVAs.

In the legal sector these are at an early stage of development compared with other industries. But they are already providing effective support in legal research and matter management for law firms and corporate legal departments.

Because DVAs combine the deep learning and user personalisation elements of AI, they are easily tailored to the business, helping to capture and retain knowledge and expertise, speed up routine tasks and support decision-making.

The first DVAs were developed to support due diligence and legal research. There is a clear business case for handling time-consuming routine work quickly, consistently and cost-effectively. This type of DVA is relatively quick to develop and deploy, because it tends to focus on one practice area.

The BBC described Berwin Leighton Paisner (BLP)’s LONald as a robot that could potentially replace lawyers.

This is somewhat misleading, as LONald is a software application that automates an aspect of legal work that was previously handled by junior associates or paralegals. Powered by RAVN’s Applied Cognitive Engine (ACE) it automatically reads documents and unstructured data, and extracts and summarises key information. LONald supports BLP’s real estate team by carrying out due diligence on property transactions. It connects with the Land Registry site and verifies the property details for large portfolio transactions, collating its findings in an Excel spreadsheet. It completes work that would take an associate or paralegal days or weeks in just seconds.

Jan Van Hoecke, technical director at RAVN, explains that LONald runs in the cloud, so lawyers interact directly with it – giving it documents to check – without involving BLP’s IT department. The user experience is personalised; it recognises each user and learns and evolves from interactions and feedback.

Many law firms consider their reputation for innovation as a differentiating factor. Dentons established NextLaw Labs to invest in innovation in legal technology. Its first investment was Ross Intelligence, the University of Toronto start-up that developed digital legal research assistant Ross, an AI application built on IBM Watson’s platform.

Ross is being piloted by 20 law firms, including Dentons. Whereas currently a partner would ask a junior associate or paralegal a particular legal question, instead s/he submits the question to Ross. The system then reads all the relevant case law and generates a memo which includes a confidence level. If the confidence level is below 80%, lawyers work with Ross engineers on improving the algorithm to increase accuracy.

Like LONald, Ross needs to be trained to handle particular types of data and learns from feedback, so as it absorbs information and know-how, its confidence levels increase. This is a slow process as it involves ingesting a huge amount of information and refining the algorithms in line with lawyers’ experience and expertise. At the moment Ross only operates in the US. However, its growth potential is significant, as it can be applied to different areas of law and jurisdictions. This is particularly relevant to global firms like Dentons.

Professionally, Zuckerberg is hoping to use his DVA to help him run his organisations more effectively. And DVAs are supporting legal operations in law firms and corporate legal departments.

Pinsent Masons developed an in-house matter management system that uses AI to model the tasks lawyers perform. Legal solutions architect Orlando Conetta explains: ‘When a matter is created, the system selects an initial framework based on the client and type of instruction. The lawyer is then asked a set of more specific questions and the framework classifies itself further based on other information that the firm may have. This doesn’t replace the firm’s matter inception process, but provides an assistance layer that understands the type of work being conducted and provides the lawyer with just-in-time information as it is required.’

In December, Riverview Law launched Kim – an acronym for ‘knowledge, information, meaning’. Kim is a range of virtual assistants that supports different parts of corporate legal departments’ operations. It is currently used by Riverview Law lawyers who provide outsourced corporate legal services, and it is also available to in-house legal departments.

Riverview CEO Karl Chapman explains that Kim is available in three levels. In its basic form, Kim manages a legal team’s workload, clarifying instruction requests so that work can be allocated quickly and appropriately. It provides the business with real-time management information about the volume and type of work the department is handling, which helps to guide and justify its strategy.

At enterprise level, Kim becomes a genuine DVA based on the IBM Watson platform, and organisations can configure it to their requirements.

Chapman explains how it supports quicker and better decisions: ‘A corporate lawyer could ask Kim to suggest the best order to renegotiate a series of contracts. It will produce a visualisation of all the contracts the organisation has with that client in terms of size, value and risk, for example, and suggest an order based on the variables you select. Or if there was a merger between two clients, you could ask it to present all your commercial arrangements with both of those clients, and how and why the terms and conditions may differ.’

Kim delivers relevant information to decision-makers instantly and suggests solutions in real-time. Whereas before, the legal team would have needed to find and review the contracts, and think about possible solutions, this is done automatically. ‘Potentially Kim is also supporting non-lawyers involved in contractual decisions,’ Chapman adds. Like LONald, Kim is cloud-based, but at enterprise level it can be installed on the premises.

The first requisite of any system predicated on big data and AI is that the information it needs has to be available and easily accessible. It was only possible for RAVN to develop BLP’s LONald because the Land Registry has a searchable online database. As more data becomes accessible and searchable online, there will be more opportunities to create this type of efficiency.

Return on investment (ROI) is a key consideration for investing in (developing) innovative software in the first place. For LONald and Ross, bottom-line ROI is clear in terms of speed, accuracy and cost-effectiveness. Because they actually read the documents for lawyers, time savings can be quantified.

People do not feel their jobs are threatened by legal research DVAs because they handle time-consuming, repetitive work that associates and paralegals are happy to pass on. David Halliwell, Pinsent Masons’ director of knowledge, risk and legal services, observes that this is a good way to start. ‘If people don’t like doing a task, they are less likely to pay attention to it, and it can result in high staff turnover, so the DVA will improve both accuracy and consistency and reduce the “soft” costs of recruitment and training. It’s not just about the cost of the DVA compared with the cost of employing people to do the work – you also have to consider the cost of continually replacing them.’

Another key benefit is knowledge retention. ‘To some extent, DVAs capture lawyers’ know-how, based on the tasks they set LONald,’ Van Hoecke says. ‘Including know-how in the DVA’s configuration and algorithm is a much more direct way of capturing know-how than asking people to write guidelines for others to read.’ He adds that this could ultimately raise ownership issues around DVA configuration, which changes as the system learns from user interactions and feedback.

But ROI is not just about the bottomline and quantifiable gain. ‘We try to identify both hard ROI and intangible benefits,’ Halliwell notes. ‘Sometimes we can justify something without having to go through all the ROI points because it is supporting the firm’s reputation for innovation. Having said that, if we were to invest significant money in an AI application that would be applied to several areas of the business we would have to demonstrate hard ROI, but that does not apply to everything.’

User engagement is supported by a user interface which includes personalisation – and often anthropomorphisation. ‘When the DVA has a name, users see it as a helper, not a piece of software,’ observes Van Hoecke, adding that BLP decided to name the software LONald and describe it as a robot. RAVN has since added a personalised greeting when users open the system and an animation featuring a robot.

Kim accepts questions typed in freeform text, and the plan is to add voice recognition and response. As people describe things in different ways, it includes parameters for clarification – for example, a renewal date could also be described as contract end date. Like LONald, the system learns from user interactions. ‘We are currently using clever linguistics software to make Kim’s responses seem natural, but we are moving towards genuine natural language, so the next generation will be more advanced in this respect,’ Chapman explains.

What next? DVAs have been identified as a key trend over the next five years. And legal has only to look to other industries to find inspiration. Royal Dutch Shell has been piloting Amelia, IPSoft’s cognitive knowledge worker, which works in customer service, dealing with accounts payable queries. Amelia handles customer interactions including emails and telephone calls, and incorporates sophisticated emotional intelligence software that understands when to pass on more complex or sensitive issues to the appropriate (human) colleague. This could have a potential application for volume legal services.

The legal sector is still lagging in terms of technology. But the gap is closing, possibly because there is now more interchange between law and other industries, supported by in-house legal department engagement with technology which also involves the legal service providers they instruct. Jimmy Vestbirk, founder of Legal Geek, observed that legal tech is where fintech (financial services technology) was five years ago – a lot of start-ups are focusing on innovation, some of which will no doubt lead to transformational change. DVAs are just one example.