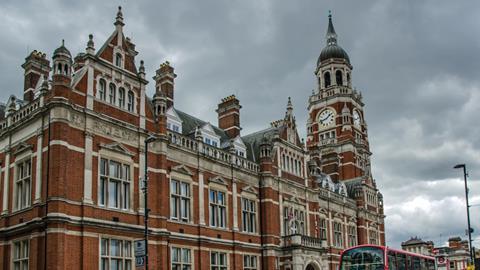 Talk of the town hall

As cash-strapped councils descend into crisis, tough questions are being asked about law and governance

Between March and June 2020, councils incurred £4.8bn of extra cost pressures and income loss as a result of the pandemic, according to a Local Government Association (LGA) analysis of June’s returns completed by every council in England. The LGA, which represents 335 of 339 English councils, said the estimated financial challenge of the pandemic will reach £10.9bn. Councils faced a ‘funding gap’ of £7.4bn after the government and NHS clinical commissioning groups provided £3.2bn and £300m, respectively, in emergency funding to meet the pressures.

‘The public health and economic effects of the Covid-19 crisis are creating a perfect storm for councils’ finances, simultaneously increasing spending and reducing incomes,’ the Institute for Fiscal Studies (IFS) warned in a report published in August in collaboration with LGA. Council spending was expected to rise by £4.4bn in 2020/21, including £1.8bn for adult social care.

PPE equipment and social distancing measures have increased ‘unit costs’ for adult social care, according to the IFS, on top of extra expenditure for housing rough sleepers, supporting those shielding at home, and helping with test, tracing and virus control. At the same time, income from tax, rents and service charges has taken a hit as households and businesses are struggling to pay tax bills, rents and service charges.

‘If the government wants to avoid cuts to services, additional funding will therefore be needed in the coming years,’ the IFS said.

This stark reality of a dramatic increase in costs is the unenviable context in which legal advice is sought by councils. What is more, income sources have been hit hard.

The UK’s local authorities are among the most exposed in Europe to sectors vulnerable to coronavirus-related economic contraction, a report by Moody’s Investors Service found. ‘Although governments are giving [regional and local governments – RLGs] extra cash in the current fiscal year, the main drivers of RLGs’ fiscal resilience in the longer term will be their pre-pandemic fiscal strength and the flexibility of fiscal frameworks,’ it said.

Local authorities are damned if they do and damned if they don’t. Some have made ‘significant’ investments in commercial property to ‘generate rental income to offset reductions in funding’ – but also increased debt in the process, according to an NAO report in February. They spent an estimated £6.6bn on buying shops, shopping centres and offices between 2017 and 2019 – a 14-fold increase on the preceding three years.

‘Councils have faced a choice of either accepting funding reductions and cutting services, or making investments to try and protect them,’ said Cllr Richard Watts, chair of the LGA’s Resources Board, in response to the report by the Commons Public Accounts Committee on council commercial investments in July.

At the end of October, Croydon Council’s auditors, Grant Thornton, said Covid-19 had ‘ruthlessly exposed’ the council’s fragile financial position. It borrowed £545m over three years for residential and commercial property investments. The council, which is at risk of bankruptcy, has approached central government for special financial assistance.

But for struggling councils it is not just their commercial nous that is being questioned. Law and governance issues are also in the spotlight. As the Grant Thornton report on Croydon put it: ‘Councils are statutory entities which must follow the law. The law is very clear on the legal requirement for councils to set a balanced budget.’

In the case of Croydon, local government secretary Robert Jenrick has announced a ‘rapid review’ of the council’s governance, culture and risk management. The Grant Thornton report, he noted, was ‘damning about the dysfunctional governance’. The auditors said Croydon had ignored three years of internal warnings about its finances.

Local authorities are hopeful the Covid-19 crisis will prompt a major rethink of their funding. The LGA has also said that it ‘wants to work with government on how its forthcoming Devolution and Recovery White Paper can explore options for greater fiscal freedom for local communities’.

This should include more local money-raising powers such as a tourist or e-commerce levy, and greater control over how national tax is spent.

Sharpe Pritchard’s Deborah Down, who advises public authorities, says: ‘On a purely financial level the greatest impact [of Covid-19] has been in areas not covered by central government Covid direct funding’, such as the Infection Control Fund to help restrict staff movement between care homes to stop the virus spreading.

Most council services are delivered by private companies, so ‘authorities that have contracted out leisure management services have taken a big financial hit which is unlikely to be recoverable from any central government grant, as these facilities had to close completely’, Down points out. ‘Some authorities derive a profit from these centres, but even for authorities that subsidise leisure operations, most have provided financial support to keep their providers afloat.

So while lawyers advising councils have been tasked with reviewing contracts, even in this period of extreme austerity that is not always with an eye to ending costly arrangements.

She adds: ‘In theory, and depending on contractual terms, there is no direct obligation to assist those private providers with the extra costs of continuing to deliver services.’ Yet the government issued guidance advising local authorities to support their providers, which can sometimes be in ways which carried no cost – for example, paying in advance.

Olwen Brown, partner at Anthony Collins Solicitors in Birmingham, points out that local authorities have been trying to strike ‘a fine balance’ between making sure that they are looking after public money effectively and protecting the local economy. As England endures lockdown once again that task seems unlikely to get any easier.

Marialuisa Taddia is a freelance journalist