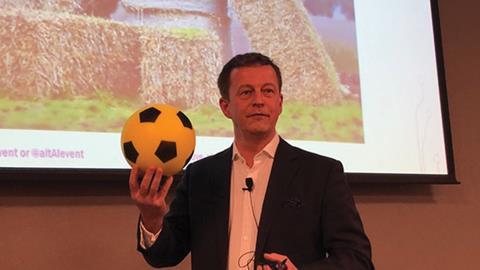 Technology: netminder is a good save

Are law firms moving towards a post-email world? They are trying, but to paraphrase a recent Wired article (tinyurl.com/y8q55kjk) you cannot kill email – and attempting this has become a tech industry tradition. Notwithstanding the popularity of Messenger, Slack, WhatsApp and so on, email is still bigger than Facebook. But, while some technologies are designed to replace email others are looking to fix it. Recent developments in legal IT reflect this trend.

There is much talk about using AI to deliver your firm’s strategic goals – in terms of productivity, efficiency, and business development in respect of responding to client expectations around cost-effective ‘innovation’. It also underpins the latest approaches to communication. Last week’s Alternative AI conference included sessions about the business value and pricing implications of introducing and implementing AI tools across professional services organisations.

The debates raised questions about where to embark on a legal AI initiative, and the challenges of selecting from the mass of new products and services on offer (and in particular introducing technology that impacts on working practices).

The expert panels advised picking the low-hanging fruit, by identifying a specific issue and introducing a product that demonstrably solves it. This is a sensible approach in terms of change management as well as operational effectiveness, as it engages multiple stakeholders including senior decision-makers, clients and users.

But, as Peter Waggett of IBM said, harnessing AI and emerging tech is not just about strategising; the challenge is to be able to experiment and also to be selective. Professor Birgitte Andersen, CEO and co-creator of the Big Innovation Centre, stressed that you need a vision of how new disruptive technology will impact on your business – so that you have goalposts.

In another session, Duncan Eadie looked at the goalposts from a different perspective – literally. He presented a ‘quick win’ AI solution that addresses a fundamental risk that will apply to all businesses, as long as email remains the universal business communication medium.

Law firms, like other professional services, routinely handle confidential information and their service offering is predicated on their ‘trusted adviser’ status. Sending an email to the wrong person is at best embarrassing, but for a law firm it could be a deal breaker.

Eadie, who is IT and business services director, and a partner at Foot Anstey, used a goalkeeper analogy to introduce the topic. While football tends to focus on players who score the winning goals, the result is often down to the person between the sticks, who can ultimately stop the team losing the game.

While there are no doubt other solutions, Foot Anstey’s AI goalie is CheckRecipient, which matches the recipients of every outbound email to the sender’s contact list. It checks the content for relevance against topics in previous email correspondence, flagging up the possibility that auto-fill has wrongly included a contact with a similar name or email address.

CheckRecipient operates in real time and it does not stop the sender sending the email. If it senses a potential problem (for example, if you have two contacts with a similar name and auto-fill includes the wrong one – or both) it triggers a pop-up window with a check box flagging this up and asking whether you still want to send.

As Eadie explained, businesses cannot collect statistics for misaddressed emails, because most are just deleted although they may have been read; a few, however, have undesirable consequences. So he tested CheckRecipient on 44,000 sent emails, and it flagged up 44 (0.1%) that presented a potential risk. This does not mean that they were necessarily misaddressed; rather that the sender had contacts with similar addresses, or that a message varied from the sender’s pattern of correspondence, so was worth double-checking. A risk factor of 0.1% does not seem significant, until you consider that Foot Anstey sends out 250,000 emails a month. If you extrapolate the results, that equates to sending 3,000 potentially misaddressed emails a year.

Where does AI come into this? As CheckRecipient’s head of client development Henry Trevelyan Thomas explains, the technology analyses historical email data and learns users’ normal sending patterns and behaviours. It can then start making accurate predictions immediately. Machine learning capability enables CheckRecipient to learn from usage, and improve its ability to understand the difference between normal and anomalous sending behaviour to minimise false positives and identify potentially risky emails before they are sent. Eadie flagged up CheckRecipient’s quick set-up, straightforward user interface (the system operates in the background and is invisible until a potential error is identified) and monitoring and reporting capabilities. The latter include statistical evidence of the number of misaddressed emails detected and stopped, rules broken, and confidential information sent to unauthorised accounts. Currently CheckRecipient works on the desktop but a mobile solution is in beta testing.

While CheckRecipient is addressing a key email concern, NetDocuments’ acquisition of ThreadKM added matter-centric collaboration to its cloud-based document management system, with a view to taking certain conversations off email. Thus are practice groups enabled to work together on a document or set of documents via ThreadKM’s messaging platform. This is not limited to internal correspondence. Users can add external parties to the group and this is flagged up to the whole group, for example so that lawyers can see that their messages are visible to representatives of client organisations too.

The idea is to avoid the potential confusion of multiple emails and email thread, and reduce the volume of internal email. Conversations are secured by NetDocuments’ dual key encryption. They are accessible from multiple devices and completely searchable (for those with permission to access them), using NetDocuments’ AI capability to extract entities from large volumes of data.

Although this is unlikely to completely replace external email, the idea is that it will streamline collaboration and negotiation. However, as NetDocuments is fully integrated with Office 365, the immediate question is why not just use Microsoft Teams? The response from NetDocuments is that with ThreadKM there is no need to leave the NetDocuments workspace and open up another application – it is basically matter-centric communication.

This streamlined approach is likely to appeal to firms, clients and other stakeholders whose working practices are based on a project management approach.

A chatbot who makes coffee

There is a strong branch of legal AI that is developing new communication platforms, finding different ways of interrogating systems to access information and expertise. These include chatbots, which can be client-facing, offering legal services and advice, like Joshua Browder’s DoNotPay and Chrissie Lightfoot’s Robot Lawyer LISA. More generally, there are IPSoft’s Amelia, who is a customer service assistant, and Helm 360’s Termi, which interfaces with a firm’s various information repositories to give lawyers instant access to client and business information.

While most legal AI focuses on distinct tasks, one legal chatbot is taking human-style communication to a new level. Delivering on the threat that ‘robots will come and take your job’, online chambers Clerksroom has developed a chatbot, Billy Bot, who works as a ‘trainee robot junior clerk’. Billy handles all the tasks normally carried out by junior clerks, including taking enquiries, creating new cases, conflict checking, booking barristers and mediators, and agreeing fees. He also does some of the ‘extra’ work that junior clerks in traditional barristers’ chambers do, such as organising conference calls, and checking free legal resources, including LinkedIn. Billy Bot has a cheeky personality – you can meet him on Twitter @BillyBotClerk and he even makes coffee – by connecting with a Smarter Coffee machine (Billy Bot can interface with anything that has an API).

Billy Bot has already processed 1,200 bookings, saving Clerksroom’s human clerks some 200 hours. This is not about replacing them but rather freeing up their time for more complex work, including relationship-building, leaving Billy Bot in charge of routine tasks.

But Billy Bot will soon be promoted to new responsibilities. He is currently in New York, upgrading from Motion AI platform to IBM Watson, which will expand his capability. More seriously, as Clerksroom consultant Jonathan Maskew explains, Billy Bot is Clerksroom’s brand proposition driving the chambers’ public profile and client engagement: ‘Normally, a chambers, or any legal services business, would have to fight hard for the level of engagement that Billy Bot has achieved in just a few months.’ In fact, Billy Bot is the legal sector’s first incursion into the world of experiential marketing. People experience Billy Bot before they engage with Clerksroom and he is fast becoming key to its competitive advantage, as well as a fast route to its services.

Perhaps this is an indication of the direction of legal AI. It is about smarter working and broader communication, and moving beyond leveraging data to power innovation and ‘reinvent’ legal service design. Focusing on the human element of the interaction between people and (AI) processes enhances the experience of people involved in different stages of legal service delivery.