Clifford Chance in the clear over RBS complaint

The Solicitors Regulation Authority has confirmed it will not investigate magic circle firm Clifford Chance for allegedly overlooking allegations of fraud during its investigation into Royal Bank of Scotland (RBS) and the bank’s treatment of small companies in financial difficulties. 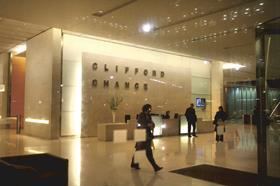 Clifford Chance was accused by a small business owner of failing to act on detailed evidence surrounding the activities of RBS’s Global Restructuring Group (GRG). RBS has denied any wrongdoing.

Last month the Gazette reported that the SRA was looking at the evidence before considering whether to begin a formal investigation. But an SRA spokesperson said today: 'We have looked further into the details, and have not found any evidence that suggests potential misconduct. We are not investigating and have closed the matter.'

Allegations surrounding the GRG began five years ago when Lawrence Tomlinson, then entrepreneur in residence at the former Department for Business, Innovation & Skills, said the bank deliberately put viable businesses on a path to destruction while aiming to pick up their assets cheaply.

In 2014 RBS commissioned Clifford Chance to prepare an independent report on Tomlinson’s allegation. The report concluded that there was no evidence to support it. Critics claimed the Clifford Chance report did not go far enough.

The allegation that Clifford Chance failed to act on evidence was made by Clive May, the owner of a small bricklaying business. He claimed he presented the firm with clear evidence of abuse by the GRG. May was interviewed by Clifford Chance as part of the 2014 report.

A Clifford Chance spokesperson said: ’We are fully confident in the quality of our work throughout on this matter, and the conclusions of our report, and are glad to see this reflected in the SRA’s decision.’