The director of public prosecutions today started a review into a case in which a 13-year-old sexual abuse victim was described as ‘predatory’ by a prosecutor.

In a statement, the Crown Prosecution Service said the word predatory should not have been used, and is of ‘real concern’.

The CPS warned all prosecutors that it expects them to follow strict guidance on how to approach cases involving the sexual abuse of children.

Prosecuting barrister Robert Colover also said the girl was ‘sexually experienced’ when she met 41-year-old Neil Wilson. Wilson admitted abusing the girl at his home in Romford, and was given a suspended jail sentence.

The CPS said it will consider the involvement of Colover in sexual offence prosecutions, and has advised his chambers that he will not be instructed in any ongoing or future cases involving sexual offences in the meantime. 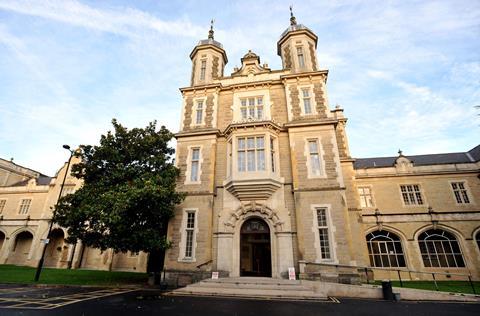 The CPS statement added: ‘The word predatory in this context should not have been used, and is of real concern to the CPS. It is not consistent with the work that we have undertaken alongside the judiciary and others in the past year to improve attitudes towards victims of abuse.

‘We expect all of our prosecutors, including self-employed barristers who act on our behalf, to follow our guidance in these very difficult cases.’

The judge, Nigel Peters, said that when deciding Wilson’s punishment, he had taken into account the prosecution’s comments that the girl looked and behaved older than she was. Wilson’s eight-month jail term was suspended for two years.

Children’s charities have condemned the language used, and called for the sentence to be referred to the Court of Appeal.

The NSPCC tweeted: ‘Let’s get one thing straight. Children who have been sexually abused are never to blame for what has happened to them. No exceptions.’

A tweet from Barnardo’s said: ‘Whatever a child’s behaviour or however old they look – this can never justify them being exploited for sex.’

The Office for Judicial Complaints has today said that it will investigate the case after receiving ‘a number’ of complaints about the remarks made by judge Peters during the sentencing at Snaresbrook Crown Court (pictured) on Tuesday.