Legislation to bring the promotion of crypto-assets under the wing of the Financial Conduct Authority (FCA) will be introduced when parliamentary time allows, HM Treasury has announced.  Around 2.3 million people in the UK are thought to own a cryptoasset such as digital coinage or non-fungible tokens (NFTs). However the Treasury said that understanding of the technology is declining, 'suggesting that some users may not fully understand what they are buying'.

The Advertising Standards Authority has taken action against several promoters for failing to highlight the risks of cryptoasset investments.

In a response to a consultation, the Treasury says it will make the promotion of qualifying cryptoassets subject to FCA rules in line with those applying to stocks, shares, and insurance products. 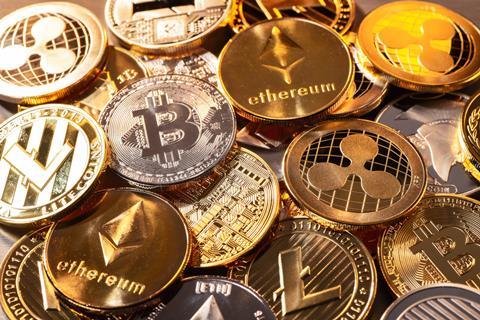 Around 2.3 million people in the UK are thought to own a cryptoasset

'We are ensuring consumers are protected, while also supporting innovation of the cryptoasset market,' the chancellor of the exchequer, Rishi Sunak MP, said.

Government policy on cryptoasset regulation is steered by the Cryptoassets Taskforce, set up in 2018, 10 years after the birth of Bitcoin.

The new rules on promotions will be implemented by secondary legislation to amend the Financial Promotion Order, which sets out the investments and activities to which the financial promotion regime applies. Under the Financial Services and Markets Act 2000, a business cannot promote a financial product unless they are authorised by the FCA or the Prudential Regulation Authority, or the content of the promotion is approved by a firm which is. Firms that wish to promote such investments and activities must comply with rules that financial promotions must be fair, clear, and not misleading.

Simon Cohen, senior associate at blockchain specialist firm Ontier, said:  'The Treasury’s announcement is a clear and welcome indication that the Wild West days of digital assets are coming to an end. But the devil is always in the detail, so we look forward to reviewing the government’s draft bill once published.'