The government has been urged to reveal its plan for reimbursing claimants who paid employment tribunal fees under the regime declared unlawful by the Supreme Court last week. Solicitors have warned that making arrangements for reclaiming the fees too complicated will further restrict access to justice.

Immediately after last week’s ruling justice minister Dominic Raab said the government would take immediate steps to stop charging fees and put in place arrangements to refund those who have paid. The refund is expected to add up to around £32 million. 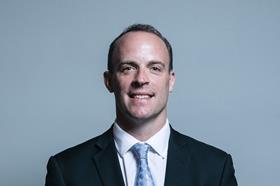 However, more than a week has passed and although the government has confirmed fees are no longer payable for new cases there has been no announcement on how it plans to pay back those who paid.

Richard Arthur, national coordinator for trade union strategy at Thompsons Solicitors, called on the government to act swiftly. ‘They should provide clarity on when people can expect to be repaid and the mechanism for getting repayment. Is it going to be soon? If not the government needs to say so,’ he told the Gazette.

Arthur said it would be best for representatives to handle the process as they would have a clear sense of who was owed money – particularly in cases with multiple claimants. He said he expected the number of people reclaiming to be in the ’tens of thousands’.

Claire Dawson, head of employment at Slater and Gordon, said the firm had contacted the Ministry of Justice though was only told further details would be revealed ‘in due course’.

Dawson said the MoJ would have a lot to consider and would need to make sure it had accounted for the administrative burden before announcing details of any repayment.

‘Will it be automatic or will they put up an online form for people to fill out? They will also have to consider how people want to be re-payed, whether it be a cheque in the post or bank transfer.’

The Gazette contacted the Ministry of Justice to ask about the repayment process but was instead referred to Raab’s statement.

Tribunal fees were introduced in July 2013 by a fees order made by then lord chancellor Chris Grayling. They started at around £160, and increased to between £230 and £950 for further hearings. For certain claims claimants had to pay up to £1,200.