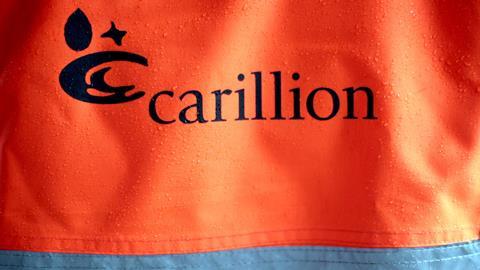 Law firms are set to pick up a further £20m in fees from managing the fallout of Carillion, the National Audit Office (NAO) has revealed.

In a report published today into the government’s handling of the collapsed company it was revealed £70m will be paid out to 'special advisors’ managing the collapse. In total, £50m is expected to be paid to accountancy firms, with PwC leading the insolvency process, while law firms will pick up an extra £20m. The firms are not named.

Both law firms and accountancy firms were roundly critcised by MPs last month for ‘squeezing fee income’ out of the stricken company.

A cross-committee report revealed that magic circle firm Slaughter and May was paid £1.19m in the days before Carillion’s collapse while magic circle counterparts Clifford Chance and Freshfields Bruckhaus Deringer all picked up fees. In total, Slaughter and May handed Carillion a bill of more than £8m for legal advice it gave over an 18-month period.

In total, the NAO said the collapse would end up costing the Cabinet Office at least £148m. However, it warned that the overall cost borne by taxpayers was ‘likely to be higher’ due to potential legal disputes with Carillion clients, the wider impact on the economy and the cost of finding placements for more than 1,000 former apprentices.

Among the top spenders with Carillion, but by no means the biggest, was the Ministry of Justice, which spent £75m with Carillion in 2017.

A contract originally with HM Prisons & Probation Service to provide facilities management services in 52 public sector prisons in England and Wales was identified as one the main loss-making contracts in 2017.

The subsequent £12m loss was attributed to being a ‘first generation’ outsourcing contract and 'inaccurate tender assumptions’.

Amyas Morse, head of the NAO, said: ‘Doing a thorough job of protecting the public interest means that government needs to understand the financial health and sustainability of its major suppliers, and avoid creating relationships with those which are already weakened. Government has further to go in developing in this direction.’