Graduates who aspire to join the legal sector have reported experiencing ‘rare to severe’ mental health issues, with many afraid of revealing this to prospective employers, an alliance of City law firms and businesses has found.

According to the City Mental Health Alliance (CMHA), a survey of graduates revealed that 73% of respondents had experienced a severe or rare mental health problem and 67% are worried about the stigma associated with mental health, believing that telling their potential employers would hinder their chances of securing a role.

The research was based on polling from 519 graduates and students.

Only 40% of respondents said they would feel comfortable discussing mental health issues with their manager. More than 50% of respondents said they would rather cite physical ill health as a reason for absence from work. The survey also found that 84% of law students and graduates are more likely to apply to an employer who is open about their commitment to mental health.

Poppy Jaman, chief executive of the CMHA, said employers should realise the vital role they can play in helping new joiners feel safe, comfortable and supported. ‘Our survey highlights that much more needs to be done to prioritise mental health in law firms across the UK, and to foster a culture where employees feel able to talk openly about their mental health issues from day one,’ she added.

Tackling the stigma surrounding mental health has gained prominence in the legal profession in recent years. Earlier this month, the Law Society’s Junior Lawyers Division (JLD) opened its third resilience and wellbeing report. This year, respondents are for the first time being asked to reveal what specific measures their employer has in place to tackle stress and what they could be doing better. 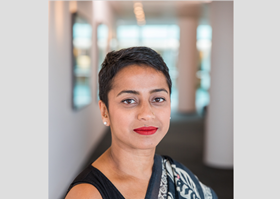 Paul Stacey, executive partner at magic circle firm Slaughter and May, a CMHA member, said: ‘It’s important that those working in the legal sector know how to support their own wellbeing as well as the wellbeing of those around them, whether it be in the workplace or in their personal life. Employers can play a vital role in supporting those entering the workplace for the first time by increasing the understanding of mental health and creating a culture of openness on mental health.’

Members of the CMHA include international firms White & Case, Allen & Overy, Hogan Lovells, Linklaters, Slaughter and May and Latham & Watkins as well as the ‘Big Four’ professional services firms.