A group of truckers who were overcharged for their vehicles will ask for at least £100m in compensation in the latest case to attract the attention of litigation funders.

The claim will be brought by law firm Collyer Bristow alongside global funder Vannin Captial. A website for potential claimants has been set-up.

The claim stems from a fine handed down by the European Commission last year after truck manufacturers MAN, Volvo/Renault, Daimler/Mercedes, Iveco and DAF had been found to have operated a 14-year cartel stretching back to 1997.

The companies, apart from MAN which revealed the existence of the cartel, were collectively fined €2.93bn. Last month, the commission found that Scania had also participated in the cartel and fined it €880m. 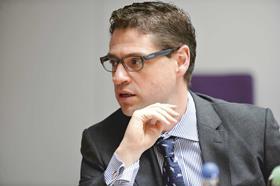 According to Collyer Bristow, companies which own fleets of vehicles could be entitled to compensation worth around £7,800 per truck, as will other companies which do not own trucks but outsource their transportation needs to third parties. Any business in the European Economic Area that suffered financial loss from paying higher prices for trucks is entitled to claim compensation.

The Gazette has asked how much Vannin Capital has put forward to fund the case and how much it stands to make in the event of a victory, but it declined to comment.

Stephen Critchley, head of competition law at Collyer Bristow, said: ‘Firms that acquired new medium or heavy-duty trucks between 1997 and 2011 almost certainly have a case for compensation, whether they bought the trucks outright, on hire purchase or leased them directly from a manufacturer or from a supplier.

‘As well as fixing prices, the truck cartel conspired on the timing of new emissions technologies, so it is possible that fleet owners and users incurred extra running costs, too. The compensation claims could run to billions of pounds.’